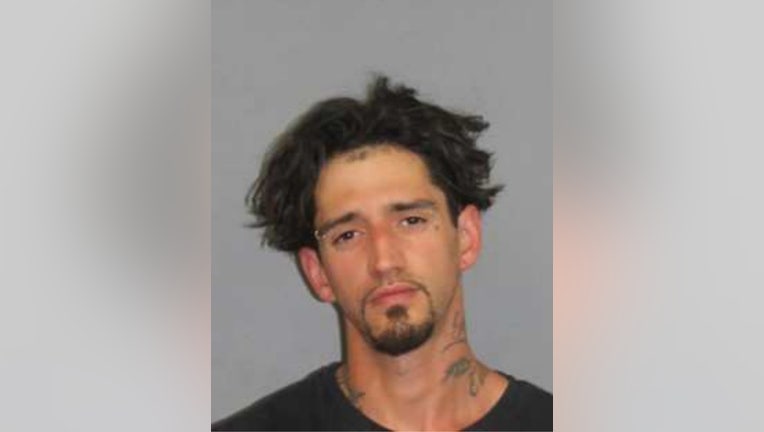 CONNECTICUT - A man broke into a family’s home and tried to take it over as his own, Connecticut State Police said.

A 16-year-old who lives in the house called cops after he came home and noted a shirtless man inside his house.  The man had allegedly opened a window and told the teen "This isn't your house anymore."

Officers found a Jeep Cherokee with no license plates in the garage and the man inside.

They say they tried to call for the man to come out but he didn't.  An officer then went in through an unlocked basement door to search the home.

A trooper and his K-9 found Dahm hilding in an upstairs bathroom.

He was arrested and charged with burglary and trespassing.  His bond was $50,000.  It was unclear if he had a lawyer who could speak on his behalf.

Dahm has another six active criminal and motor vehicle cases pending in Connecticut courts from April through July, according to the Hartford Courant, including charges of disorderly conduct and violating conditions of his release, court records show.

READ NEXT:  Woman with memory loss found alone on island inhabited by bears