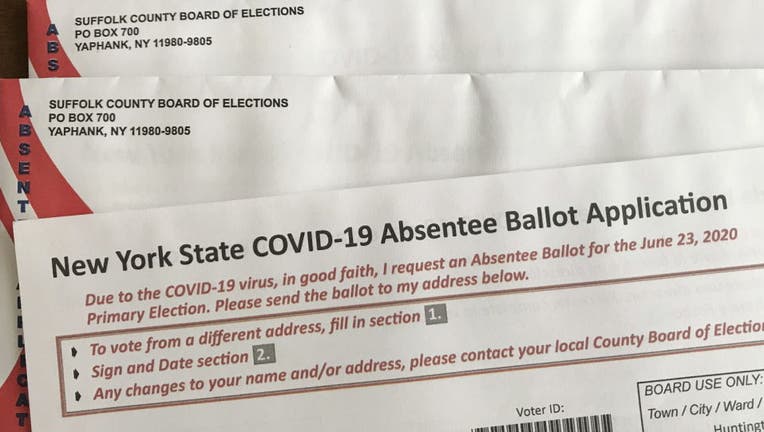 NEW YORK - A man from Long Island was arrested after he mailed absentee ballot applications to the Board of Elections for his dead mother, according to Suffolk County District Attorney Timothy D. Sini.

Two applications from Lucille Tappe of Commack were received by the DOE signed on Sept. 4 and Oct. 6. Tappe died on June 16, according to the NY State Dept. of Health.

“Voting is the foundation of our democracy, and we will not tolerate any violation of the election process here in Suffolk County."

All four applications were sent by the BOE to the Suffolk County District Attorney's Office which conducted a handwriting analysis of Lucille Tappe's applications and found them to match the signature of her son.

Tappe, 57, of Water Mill, faces a felony charge including two counts of offering a false instrument for filing. He is scheduled to be arraigned in Suffolk County First District Court on Nov. 5.

“Voting is the foundation of our democracy, and we will not tolerate any violation of the election process here in Suffolk County,” District Attorney Sini said. “My office is committed to investigating any and all instances of alleged voter fraud and prosecuting anyone who attempts to violate the security of our elections. Any Suffolk County residents looking to report suspected voter fraud can call my office’s Public Integrity Bureau at 631-853-8298.”

If convicted, Tappe faces a maximum sentence of up to four years in prison.