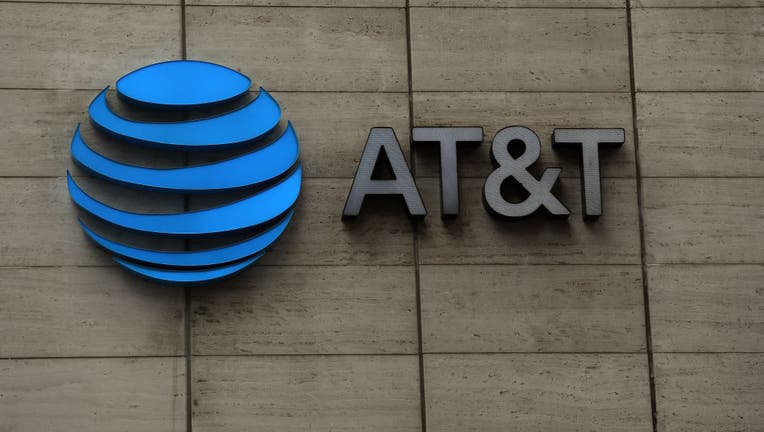 FILE - The logo of AT&T outside of AT&T corporate headquarters.

Aaron M. Epstein, a customer of the communications company for two decades, spent more than $10,000 in an effort to spur change.

The North Hollywood resident told KTVU that his issues only started around five years ago when streaming became accessible and that while company representatives were "courteous," upgrades – including fiber optics – did not appear to be coming soon.

"So, I put the ad in the paper and believe me, it’s money well spent," he said.

Epstein ran one ad in Dallas, Texas – the location of AT&T's headquarters – and the other in New York City in an attempt to reach Wall Street investors.

"AT&T prides itself as a leader in electronic communications," he wrote. "Unfortunately, for the people who live in N. Hollywood, CA 91607, AT&T is now a major disappointment."

"Many of our neighbors are the creative technical workers in the Universal, Warner Brothers, Disney studios in the adjacent city of Burbank and our city," Epstein continued. "We need to keep up with current technology and have looked to AT&T to supply us with fast internet service. Yet, although AT&T is advertising speeds up to 100 MBS for other neighborhoods, the fastest now available to us from ATT is only 3 MBS."

The longtime customer pointed out that competitors provided speeds of more than 200 MBS.

"Why is AT&T a leading communications company, treating us so shabbily in North Hollywood?" he asked.

The ads ran on Feb. 3 and Epstein reportedly received a call from an AT&T spokesperson who represents CEO John T. Stankey.

The spokesperson said they would see what they could do to help Epstein's community.

According to AT&T’s fiber optics map, several areas around North Hollywood are currently able to get AT&T Fiber.

An AT&T spokesperson told Fox Business on Saturday that the company had expanded AT&T Fiber in Epstein's neighborhood and they "were pleased to provide him the upgrade he wanted."

"Between now and the end of the year we will work to connect additional customers in the area. This is part of our ongoing fiber expansion in the larger Los Angeles area," the spokesperson explained. "Nationally, we recently announced that we will bring AT&T Fiber to an additional [two] million residential locations this year."

They also told KTVU that they had spent $3.1 billion near Los Angeles since 2019.

Epstein pointed Fox Business to a post he had written on Nextdoor's Valley Village Forum, which said they while his service complaint had been answered – giving him 350 MB download speed – the upgrade "was installed alone on [his] street" and has yet to be offered to his immediate neighbors.

"I attempt to assuage this guilt by saying that in all of my conversations with all in the ranks of [AT&T] I have said that I give you 100,000 Thank Yous, but when you offer the service to my neighbors in N. Hollywood, I will give you 10 million Thank Yous," he wrote." I even said this personally...to John Stanke, President of ATT who phoned us...to ask if the new service is satisfactory."

"The reply from those in [the] know at [AT&T] has been that in [the] vicinity of Addison and Gentry, there are fiber optic cables installed, and that they will have the service available within 12 months," he continued. "Let’s hope this is accurate! I personally will make no guarantees, but the people I talked with sounded [like] they were in the [know], and were sincere."

Epstein addressed public criticism from some who had wondered why he would spend so much money on the ads or not use social media to make his plea, saying that their points are "valid and I hear them."

"To all who replied, I offer appreciation," he said. "The very worst reaction to anyone voicing their concerns is to be ignored. This did not happen."