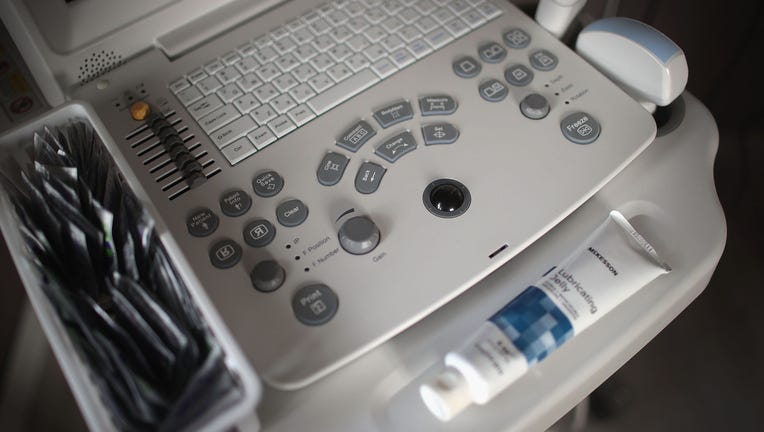 An ultrasound machine sits next to an exam table. (Photo by Scott Olson/Getty Images)

A group of U.S. lawmakers is urging Google to stop showing "fake" abortion clinics in search results for abortion services or information.

The group of 21 Democratic members of Congress sent a letter Friday, June 17, to Sundar Pichai, the CEO of Google parent Alphabet Inc. The lawmakers cited recent data from The Center for Countering Digital Hate (CCDH), which found one in 10 abortion search results led to anti-abortion clinics, which often bill themselves as "pregnancy resource centers" or "crisis pregnancy centers."

The CCDH tested their searches in so-called "trigger law" states. These states are where such laws are enacted or where pre-Roe v. Wade abortion bans have been kept on the books that could be "triggered" and enforced if the Supreme Court upends the 1973 decision that legalized abortion, as a draft opinion suggests it may in the coming weeks.

The anti-abortion clinics in question are often nonprofits that are typically religiously affiliated and counsel clients against having an abortion as part of their free but limited services. The centers have been accused of providing misleading information about abortion and contraception — for example, suggesting that abortion leads to mental health problems or breast cancer.

Most centers offer pregnancy tests and pregnancy-related counseling. Some also offer limited medical services such as ultrasounds. Because the centers are not licensed health care facilities, they are exempt from certain government regulations, such as minimum staffing levels. 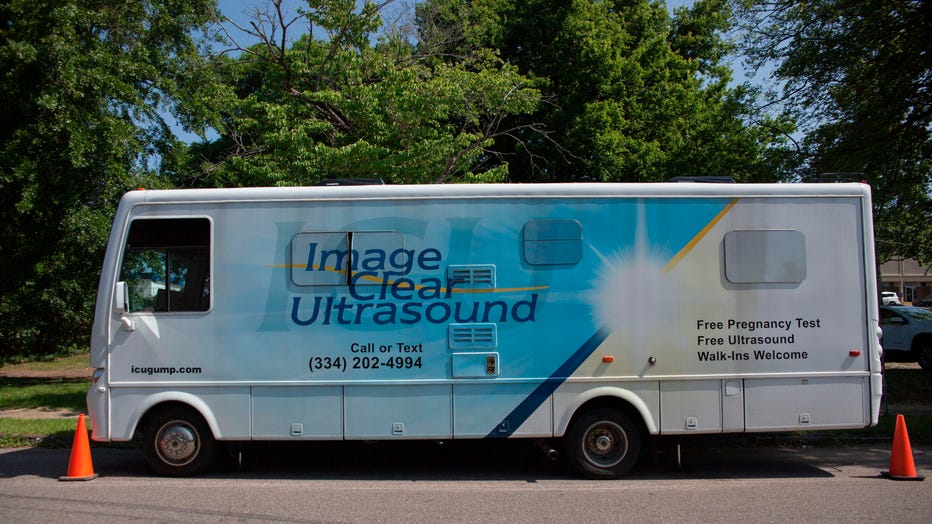 Image Clear Ultrasound Mobile, who, according to their website, is a Medical Clinic offering free pregnancy tests, ultrasounds and resources to River Region Women as well as information about abortion, sits across the street from the Reproductive Hea

An Associated Press tally based on state budget figures revealed earlier this year that nearly $89 million has been allocated to such centers across about a dozen states. A decade ago, the annual funding for the programs hovered around $17 million in about eight states.

Estimates of how many abortions have been prevented by such clinics are unknown because many states only require reports of how many clients were served. Similarly, as abortion rates have declined across the U.S. for years, there is no way to know the extent to which the pregnancy centers have played a role.

The CCDH also found 28% of ads displayed at the top of search result pages were for anti-abortion fake clinics, and that 37% of searches on Google Maps led to the clinics.

"Directing women towards fake clinics that traffic in misinformation and don’t provide comprehensive health services is dangerous to women’s health and undermines the integrity of Google’s search results," the lawmakers wrote. "If Google must continue showing these misleading results in search results and Google Maps, the results should, at the very least, be appropriately labeled."

Lawmakers noted that Google does include a disclaimer — "albeit one that appears in small font and is easily missed" — for ads from the anti-abortion clinics. "However, no such warning is present on non-sponsored search results on Google Search," the lawmakers contended.

The group, led by Sen. Mark Warner of Virginia and Rep. Elissa Slotkin of Michigan, noted that with the leaked Supreme Court decision that would overturn Roe v. Wade, they found the CCDH report "especially concerning" and asked for Alphabet Inc.‘s immediate attention to the matter.

What is Roe v. Wade? US Supreme Court decision, explained

Representatives for Google did not immediately respond to FOX Television Station’s request for comment.