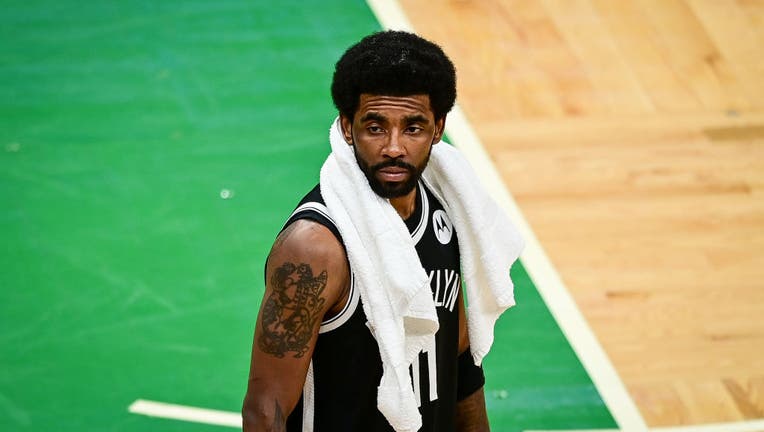 BOSTON - Kyrie Irving was the subject of poor fan treatment Sunday night after the Brooklyn Nets’ victory in Game 4 against the Celtics at TD Garden in Boston.

Irving was heading back to the locker room when someone hurled a water bottle at him. He and teammates Tyler Johnson turned back and looked up into the stands. Police surrounded a man in a Celtics’ Kevin Garnett jersey, placed him in handcuffs and led him out of the arena.

It was the latest incident of fans’ wild behavior at NBA games.

"Throwing stuff at people, saying things. There’s a certain point where it gets to be too much. You see people just feel very entitled out here. ... As a Black man playing in the NBA, dealing with a lot of this stuff, it’s fairly difficult. You never know what’s going to happen," he added. 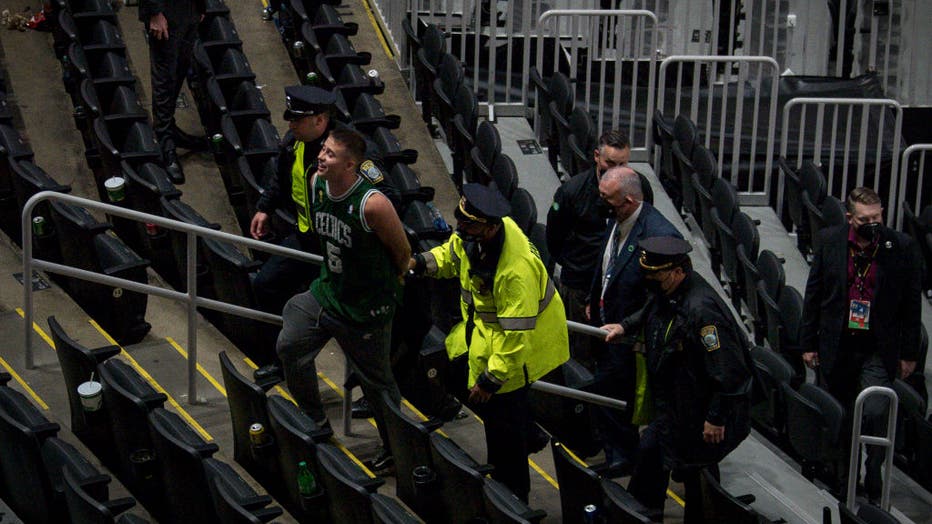 BOSTON, MASSACHUSETTS - MAY 30: A fan is arrested after throwing a water bottle at Kyrie Irving #11 of the Brooklyn Nets after Game Four of the Eastern Conference first round series against the Boston Celtics at TD Garden on May 30, 2021 in Boston, M

Irving scored 39 points and grabbed 11 rebounds in the team’s 141-126 victory to take a 3-1 lead in the playoff series. He caused a stir last week when he hoped there would be no "subtle racism" when the series shifted back to Boston.

"We have zero tolerance for violations of our guest code of conduct," TD Garden spokeswoman Tricia McCorkle said. "And the guest is subject to a lifetime ban from TD Garden."