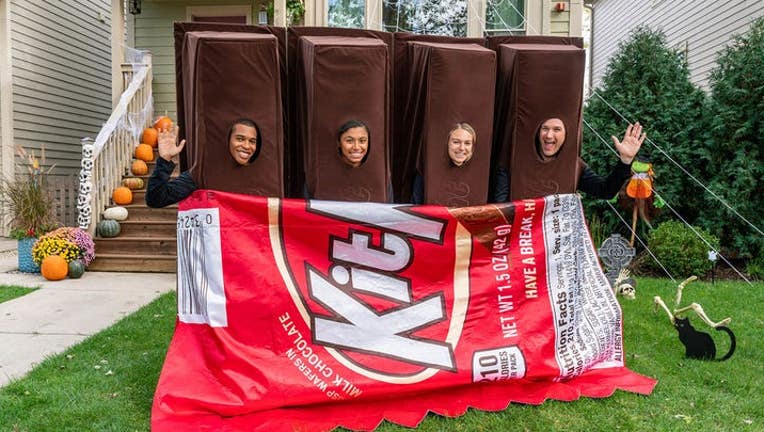 Break me off a piece of that Halloween costume.

While most of these group Halloween costumes share a theme of some kind, this one allows friends to connect and break apart from each other.

Hershey recently revealed the Kit Kat group Halloween costume. According to a press release, this costume, which was named the most creative four-person costume of 2021 by the Halloween and Costume Association, won’t be available in stores.

RELATED: This is the most popular Halloween candy in New York and New Jersey

Twin Girls dress up in 'Dumb and Dumber' costumes in Greeley, Colorado

Footage of the twins, Remy and Sawyer, shows them grinning, dressed as Lloyd and Harry in their signature suits as they drive a kid-sized dog mobile.

Aneisha McMillan, public relations director of the Halloween and Costumes Association, said, "Halloween costumes seem to get more and more creative each year, and 2021 has been no exception. Group costumes are trending, and Kit Kat is turning heads with their new costume, which is large enough to fit four people – how fun!"

RELATED: 4-year-old runs into the arms of Michael Myers in video gone viral 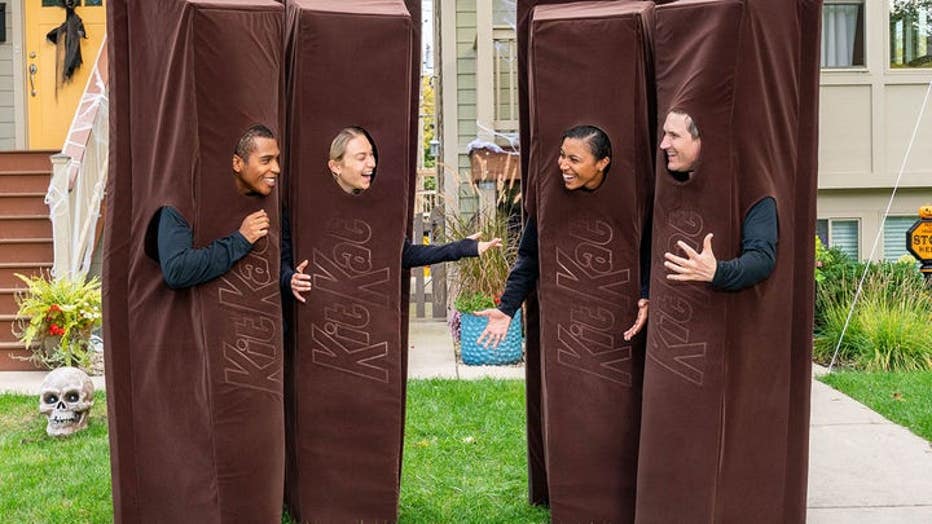 The costume was named the most creative four-person costume of 2021 by the Halloween and Costume Association. (The Hershey Company)

Fans can enter to win the costume by tagging three friends on Kit Kat’s Facebook or Instagram page. One group will be selected to receive the costume before Halloween.

"Group costumes can be really hard to choose when you have so many people that need to agree, but luckily everyone loves and can agree on Kit Kat," said Benita Chang-Godoy, Senior Brand Manager of Kit Kat. "It's time to bring the perfect four-person Halloween costume that is a show-stopper to wear together but also really fun to break apart." 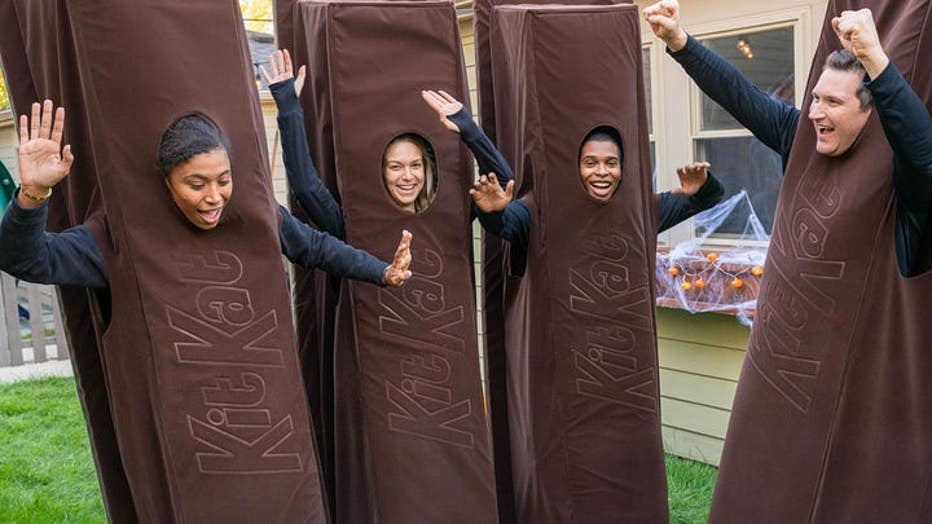 Fans can enter to win a chance to win the costume by tagging three friends on Kit Kat’s Facebook or Instagram page. (The Hershey Company)