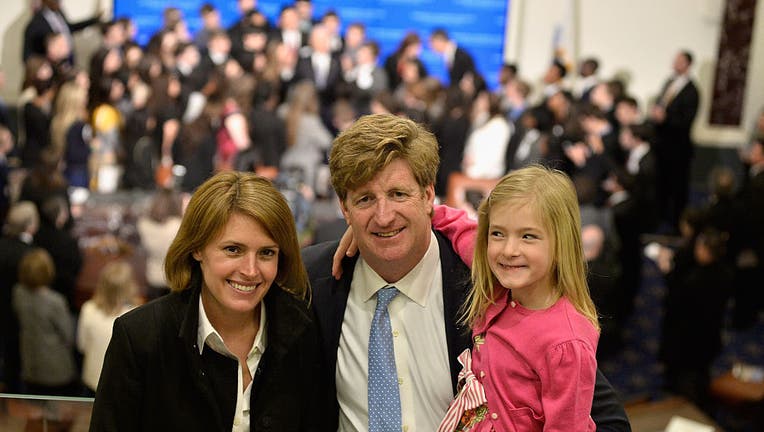 NEW YORK - A member of the Kennedy family, a former public school teacher, said Monday she will run as a Democrat against party-switching Republican U.S. Rep. Jeff Van Drew in New Jersey.

Amy Kennedy, who is married to former Democratic U.S. Rep. Patrick Kennedy, announced her candidacy for the 2nd District House seat in an online video.

Van Drew won election in 2018 as a Democrat but announced last month he was becoming a Republican when he said he opposed impeaching Republican President Donald Trump. Trump praised Van Drew and hosted him at the White House, where the congressman pledged his support.

Kennedy, a yearslong resident of Brigantine, north of Atlantic City, highlighted the economy and environmental issues in the minutelong video announcing her run. She also criticized the president and Van Drew for contributing to a decline in morality in public discourse.

“Too many of our leaders have lost their moral compass," she said. “Trump and Van Drew are symptoms of a bigger sickness affecting our country and our politics. Doing what's right shouldn't be complicated. Treat one another with respect, show some compassion, look out for others.”

A message seeking a response was left with Van Drew.

Among the competitors are Montclair State University political science professor Brigid Harrison, a longtime southern New Jersey resident who has garnered support from Democratic lawmakers already. Atlantic County Freeholder Ashley Bennett has also said she is running. Former FBI agent Robert Turkavage, who ran and lost in the GOP primary in 2018 but switched parties to run as a Democrat this year, is also in the race.

Kennedy currently serves as the education director of the Kennedy Forum, which was founded in 2013 by her husband and aims at helping officials improve mental health care policy.

The 2nd District includes all or parts of eight counties and stretches from suburban Philadelphia along the Delaware River in the west to the Atlantic Ocean in the east.

The district leans Republican, having went for Trump in 2016. It was held by Republican Frank LoBiondo for 12 terms before Van Drew won it in 2018.

The primary is June 2.

Patrick Kennedy served eight terms in Congress representing Rhode Island. He is the son of the late Sen. Edward Kennedy of Massachusetts and nephew of the late President John F. Kennedy.