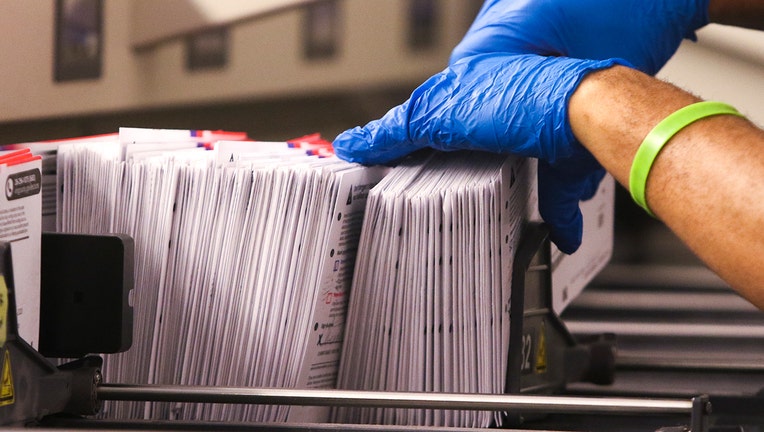 An election worker handles vote-by-mail ballots coming out of a sorting machine for the presidential primary at King County Elections in Renton, Washington on March 10, 2020.

U.S. District Judge Michael Shipp's opinion released Thursday was foreshadowed when he rejected the GOP's request for an injunction to stop the program on Oct. 6.

In a court filing last month, the campaign said the state's ballot procedures violated the Constitution and opened the door to widespread voter fraud, including that ballots mailed after Election Day would be counted. Shipp wrote Thursday that the fraud claims rest on “highly speculative fear.”

A Trump campaign spokesperson says Murphy is to blame for “chaos and confusion” surrounding mail-in ballots.