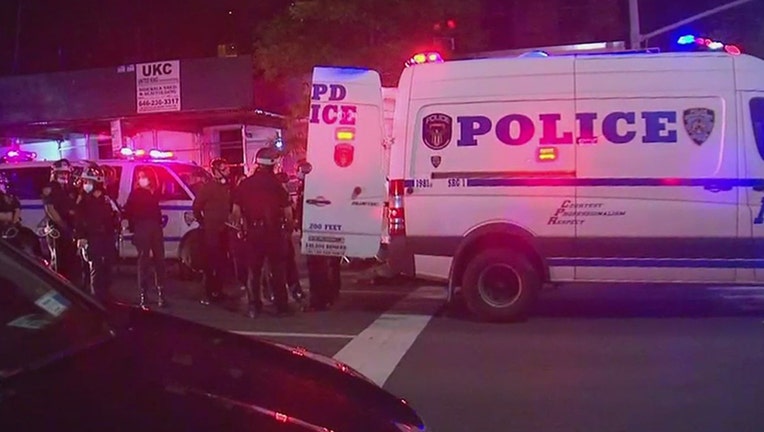 NEW YORK (AP) - A judge Tuesday struck down a New York City law that had prohibited the city's police officers from putting pressure on a person's torso while making an arrest, calling the measure "unconstitutionally vague."

Manhattan Judge Laurence Love wrote in a 17-page opinion that phrasing in the law, passed in the wake of the Minneapolis police killing of George Floyd, was hard to define and ripe for confusion.

Love's ruling came in a lawsuit brought by police unions opposed to the law, which they referred to as the "diaphragm law" because it barred officers from restraining people "in a manner that compresses the diaphragm."

Love, in his opinion, said that such phrasing "cannot be adequately defined as written." He rejected the city's proposal to simply remove those words from the law, saying he would not usurp the role of city lawmakers.

Lawyers for the unions argued that deleting the line would've made the law even more vague, leaving officers susceptible to criminal charges for sitting, kneeling or standing on a suspect's chest or back regardless of how much pressure they applied, for how long, and whether that affected the person's breathing.

Instead, the judge urged the city council to revisit the law and address the language issue. A bill proposed last year to revise the law amid outcry from police unions appears to have stalled. The New York City law was one of many police reforms enacted across the U.S. in the wake of Floyd's death, which occurred as a Minneapolis police officer kneeled on his neck for about 9 1/2 minutes.

New York City's Law Department, which defended the struck down law in court, said it is "reviewing its legal options." The law had also outlawed the use of chokeholds by police officers. Love's ruling has no bearing on a long-standing NYPD ban on the tactic. Chokeholds are also illegal under state law.

In the past, Police Benevolent Association President Patrick Lynch has described the "diaphragm law" as legislative overreach that went against all training.

Love, in his ruling, noted that the NYPD has established new training procedures and blanket restrictions on sitting, kneeling or standing on a person's chest or back, but that the department's training materials had also failed to meaningfully address the legal definition of "compresses the diaphragm."