DENVER - A federal judge has ordered two lawyers who filed a class action lawsuit alleging the 2020 presidential election was stolen from Donald Trump to pay more than $180,000 in attorney’s fees for defendants Dominion Voting Systems, Facebook and others, saying the lawsuit was intended to manipulate "gullible members of the public" and helped spur the Jan. 6 insurrection at the U.S. Capitol.

The now-dismissed suit relied on baseless conspiracy theories spread by the former president and his supporters. It named elected officials in four swing states, Facebook and Denver-based Dominion, whose election machines were at the center of some of the most fevered speculation.

The penalties included $62,930 to Dominion and $50,000 to Facebook, which the suit alleged censored conservative voices leading up to the election. 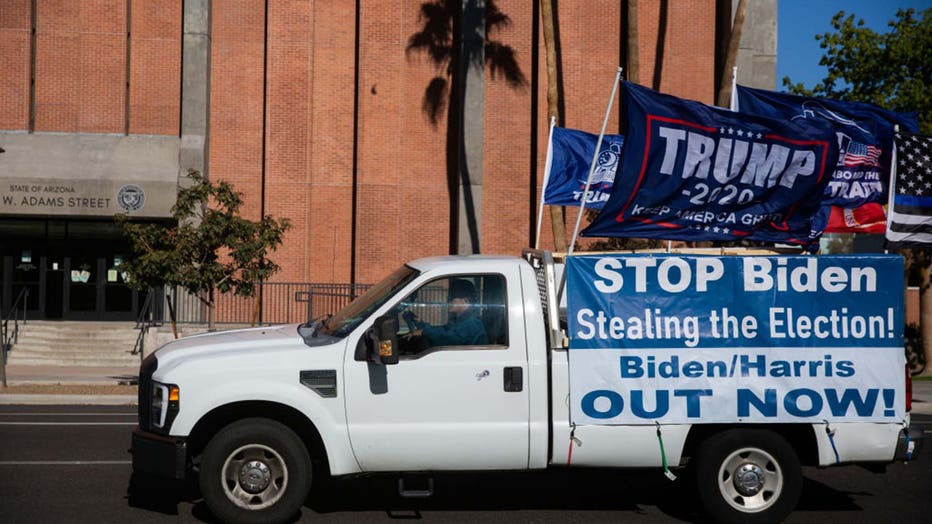 FILE - A demonstrator drives a truck with a sign reading" Stop Biden Stealing The Election!"

Neureiter scolded the attorneys, saying they’d appealed for public donations to hire legal experts for their case though none were hired, and that the insurrection at the U.S. Capitol was promoted by the lies it repeated.

He said the suit repeated "unverified and uninvestigated defamatory rumors that strike at the heart of our democratic system and were used by others to foment a violent insurrection that threatened our system of government."

Repeated audits and recounts found no significant fraud in the presidential election. Trump’s own administration said the election was clean. Still, Trump and his allies filed dozens of suits. Ultimately they lost more than 50 of the election lawsuits.

Fielder and Walker were not connected with other Trump lawyers. They argued in court that they were trying to protect democracy.

Telephone messages and emails seeking comment from Fielder and Walker on Wednesday were not immediately returned.