Three Jersey City police officers were promoted to the rank of detective for their actions during a massacre and gunfight in December. Reported by Antwan Lewis

JERSEY CITY, N.J. - Three police officers who have been credited with preventing further bloodshed during last month's fatal attack on a kosher market in Jersey City are being promoted.

Mayor Steven Fulop is appointing Officers Kendric Jackson, Mariela Fernandez and Raymond Sanchez to the rank of detective at a ceremony at City Hall on Wednesday.

Sanchez and Fernandez were among the first to respond after David Anderson and Francine Graham stormed the market and killed three people in an anti-Semitic attack. Both officers suffered injuries and were treated and released from a hospital after the attacks.

Anderson and Graham died after a lengthy shootout with police. Before attacking the market, they shot and killed Jersey City Police Detective Joseph Seals in what authorities have said was a chance encounter in a cemetery about a mile from the store.

Investigators found several weapons and hundreds of rounds of ammunition, and found a pipe bomb in the van driven by Anderson and Graham. 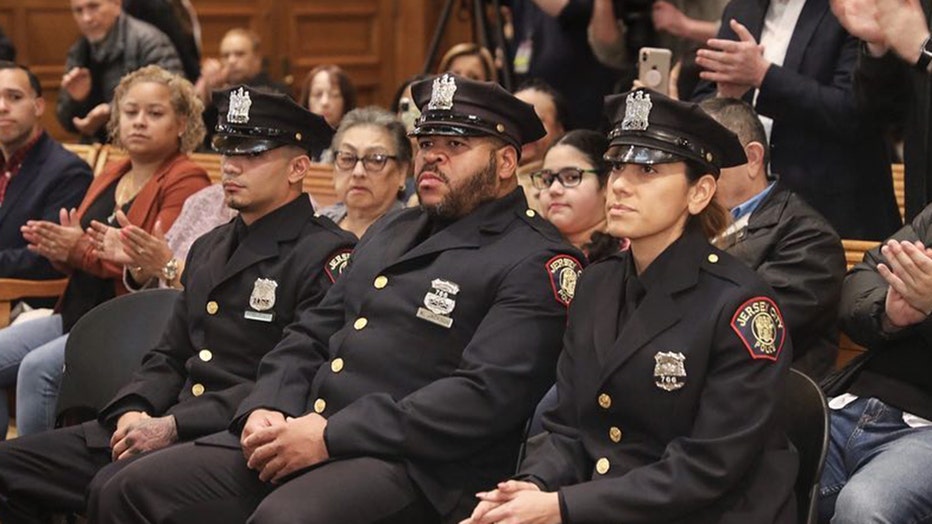