Detective Joseph Seals worked out of the Jersey City Police Department's South District. He was shot and killed in a cemetery. The police chief said Seals was on duty. Reported by Mac King

JERSEY CITY, N.J. - Detective Joseph Seals of the Jersey City Police Department was killed during a terrifying and violent afternoon that ended with five others dead.

Seals, 40, worked out of the department's South District as part of the Cease Fire Unit, which is tasked with getting illegal guns off the street.

"I know whenever someone is lost we always say how great that person was but in the case of Joe Seals it was 100% sure. He was one of our best police officers and was [probably] responsible for more illegal guns being removed from our streets over the years than anyone," Jersey City Mayor Steven Fulop said in a Facebook post. "He was an officer that loved [Jersey City], was involved in the community, and one that everyone knew regardless of their precinct." 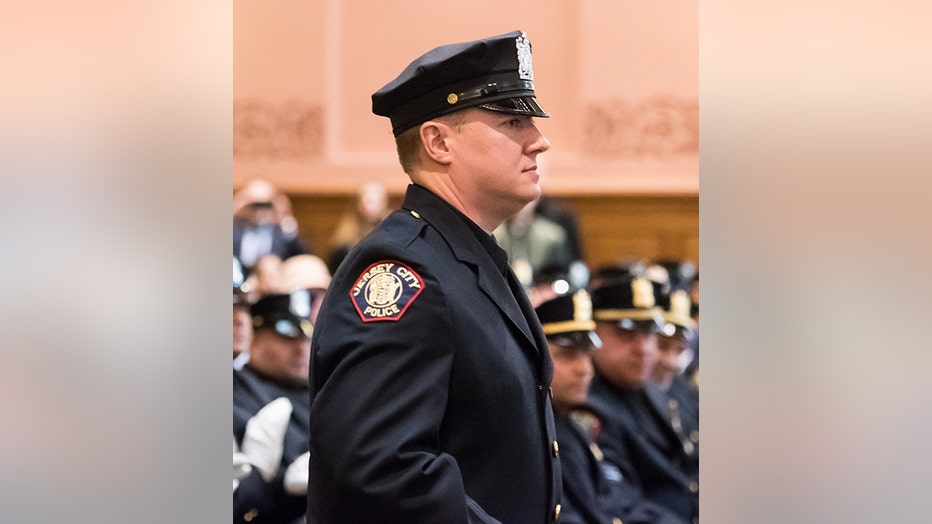 Police Chief Michael Kelly said Seals, through his work, was responsible for getting "dozens and dozens" of guns off the streets.

Seals joined the Jersey City Police Department in 2006 and was promoted to detective in 2017, according to news reports.

On Christmas Eve 2008, he and another cop burst through the window of a home and stopped a sexual assault against a 41-year-old woman, the AP reported. He was cited for heroism for that act.

Seals was married and had five children. The family lives in North Arlington. In a statement on Facebook, North Arlington Mayor Daniel Pronti called the detective's death a "terrible loss."

Jersey City Mayor Steven Fulop and Police Chief Michael Kelly spoke about the bravery and selflessness of Detective Joe Seals, who was killed in the line of duty on Dec. 10, 2019. He was gunned down in a cemetery.

"The Seals Family is and will always be a part of our Community," Pronti said. "Joe was a friend to me and to many of you."

In a statement, Gov. Phil Murphy said he was devastated by the shooting and said his condolences were with Seals' wife and children.

"There are days that require us to stop and think about what it means to put on a uniform every day. Today is one of those days," Murphy said. "We mourn the loss of Officer Joseph Seals, a longtime and heralded member of the Jersey City Police Department, who gave his life in the line of duty and in the name of service to his community."

Get breaking news alerts in the FOX 5 NY News app. It is FREE!