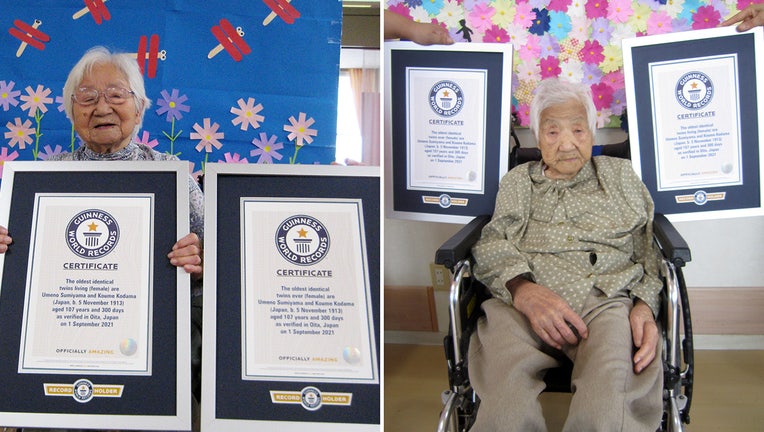 Umeno Sumiyama and Koume Kodama have also been confirmed as the oldest female identical twins ever at 107 years and 300 days old as of 1 September 2021.

The announcement of their record coincided with Respect for the Aged Day, a national holiday in Japan.

As Umeno and Koume got older, the twins joked about reaching the age of Kin Narita and Gin Kanie, who were not only the previous record holders for the oldest identical twins living but also a household name in Japan.  Their record was 107 years and 175 days.

Family members told Guinness World Records that when they celebrated their 99th birthday (a custom in Japan), Umeno looked at the photo of Kin and Gin and said "I think we look younger!"

Woman with world’s longest nails cuts them after 30 years

Umeno and Koume live in different care homes.  According to their family members, the twins are both sociable and positive and hardly worry about things.

The title for the oldest person living currently belongs to Kane Tanaka, who is now at the age of 118. The oldest person ever is Jiroemon Kimura, of Japan, who was born on 19 April 1897 and passed away aged 116 years 54 days on 12 June 2013.

The oldest person ever to have lived was Jeanne Louise Calment, a French woman France who lived to 122 years and 164 days.