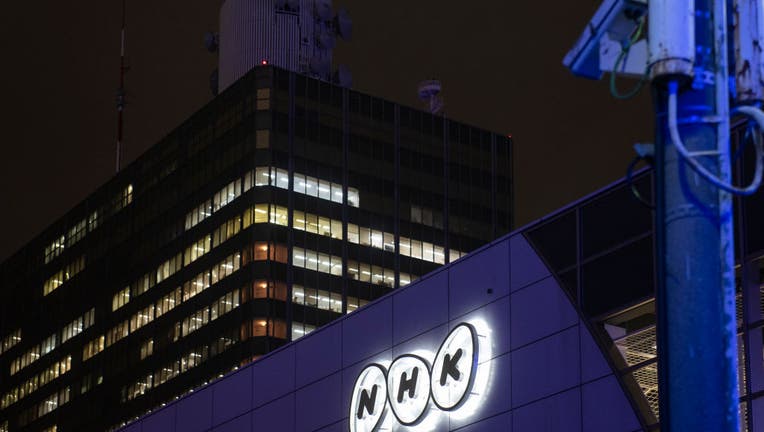 NEW YORK - Japanese public broadcaster NHK apologized Tuesday for an animated video it produced trying to explain the ongoing protests in the United States that instead sparked outrage that its depiction of black Americans was offensive.

The animated clip featured a black man with large muscles wearing a white tank top and raising his fist on a street with fires burning and other black men and women standing nearby. The man cited the wealth disparity between white and black Americans and the impact from the coronavirus as reasons for the protests.

The clip, which lasted less than 90 seconds and first aired on a Sunday evening news talk show, did not mention police brutality or George Floyd, a handcuffed black man who died after a white Minneapolis police officer pressed his knee into his neck for several minutes even after he stopped moving.

The case of Floyd, which has sparked protests around the world, was mentioned elsewhere in the talk show. The clip was also posted on the talk show's Twitter account.

“Is this how they see us? These gross caricatures? Are our issues so simple, poor black people, rich white people, corona makes us poorer, we’re so angry, let’s protest! can they really be this clueless, this obtuse?” Baye McNeil, an African-American writer based in Japan, wrote on Twitter.

The clip also sparked a diplomatic response from the interim U.S. ambassador to Japan, Joseph Young.

“While we understand @NHK’s intent to address complex racial issues in the United states, it’s unfortunate that more thought and care didn’t go into this video,” Young wrote on Twitter. “The caricatures used are offensive and insensitive.”

NHK pulled the video from Twitter on Tuesday and released a statement saying it was posted with a “lack of consideration.” It said the video was intended to explain the situation with data showing disparity.

“We apologize for those who felt uncomfortable,” the statement said. “We will respect human rights and be careful at every process of reporting and production.”

Tennis star Naomi Osaka, who has a Japanese mother and a black Haitian father, retweeted the video with a GIF of comedian Steve Harvey looking confused. Osaka has expressed her support for the protests in recent tweets, including one held Sunday in the city of Osaka, where she was born.

Last year, two Japanese comedians apologized to Osaka after making fun of her skin color as looking sunburned and suggesting she bleach it. One of her sponsors has also apologized for whitening Osaka's skin color in a noodle ad.