The figures released Friday by the Nielsen Company include viewers from 12 television networks that aired the rare primetime hearing, including ABC, CBS, NBC, CNN, MSNBC, and FOX Business Network.

The numbers do not include online viewers or those who watched on PBS. 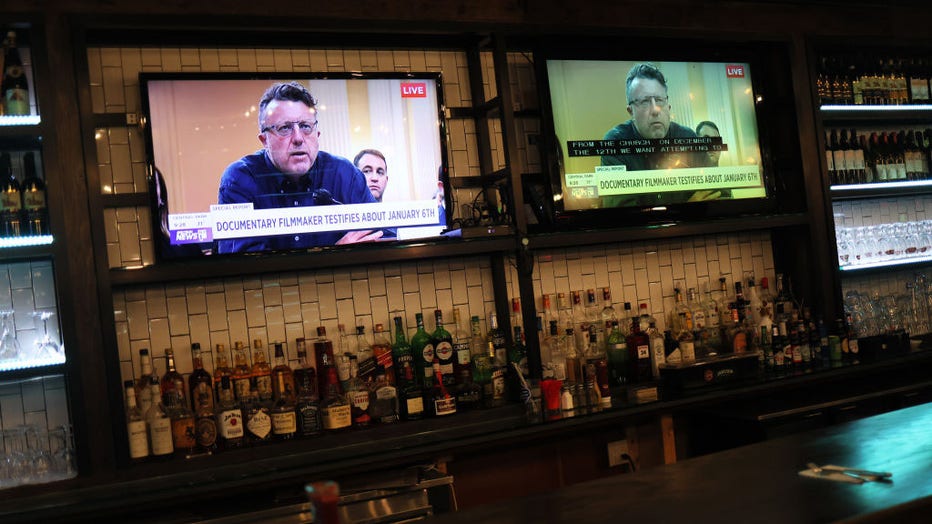 The first hearing of the Select Committee to Investigate the January 6th Attack on the U.S. Capitol is seen on a television at Roxy Delicatessen on June 9, 2022, in New York City. (Photo by Michael M. Santiago/Getty Images)

The hearing, which aired from 8 p.m. to 10 p.m. on the U.S. East Coast, made many elements of the ongoing investigation public for the first time, including a never-before-seen 12-minute video of extremist groups leading the deadly siege, and startling testimony from President Donald Trump’s inner circle.

By comparison, the opening day of each of the Trump impeachment trials drew about 11 million viewers. Those aired during the day on fewer networks, but the far higher figures from Thursday suggest that the primetime experiment succeeded in capturing national attention in a way usually reserved for live sporting events.

January 6 hearings: Capitol police officer who was attacked says she was called a 'traitor' | LiveNOW from FOX

Capitol Police Officer Caroline Edwards, the first in-person witness to testify during Thursday’s hearing, spoke about the injuries and harassment she suffered during the assault on the U.S. Capitol, said she was called "a lot of things on January 6." Subscribe to LiveNOW from FOX! https://www.youtube.com/livenowfox?su... Where to watch LiveNOW from FOX: https://www.livenowfox.com/ Follow us @LiveNOWFOX on Twitter: https://twitter.com/livenowfox Raw and unfiltered. Watch a non-stop stream of breaking news, live events and stories across the nation. Limited commentary. No opinion. Experience LiveNOW from FOX.

Fox News, which did not air the hearings, drew nearly 3 million viewers for the same two hours.

Last week's highest-rated television shows, the first two games of the NBA finals on ABC, each had between 11 million and 12 million viewers.