WASHINGTON - The House committee investigating the Capitol riot will hold its final meeting Monday, wrapping up its year-and-a-half-long inquiry by asking the Justice Department to investigate potential crimes.

The committee of seven Democrats and two Republicans has interviewed more than 1,000 witnesses, held nearly a dozen hearings and collected millions of documents as it worked to create the most comprehensive record of the insurrection on Jan. 6, 2021.

The chairman, Rep. Bennie Thompson, D-Miss., has said the committee will make criminal referrals to the Justice Department recommending prosecution, but has not disclosed who the targets would be or whether former President Donald Trump would be among them. The committee has focused squarely on Trump and efforts by the-then president in the weeks before the attack to overturn his 2020 election loss to Democrat Joe Biden.

It would fall to federal prosecutors to decide whether to pursue any referrals for prosecution. Lawmakers have suggested charges against Trump could include conspiracy to defraud the United States and obstruction of an official proceeding of Congress. Recommendations by the committee would add to the political pressure on the Justice Department as it investigates Trump’s actions. 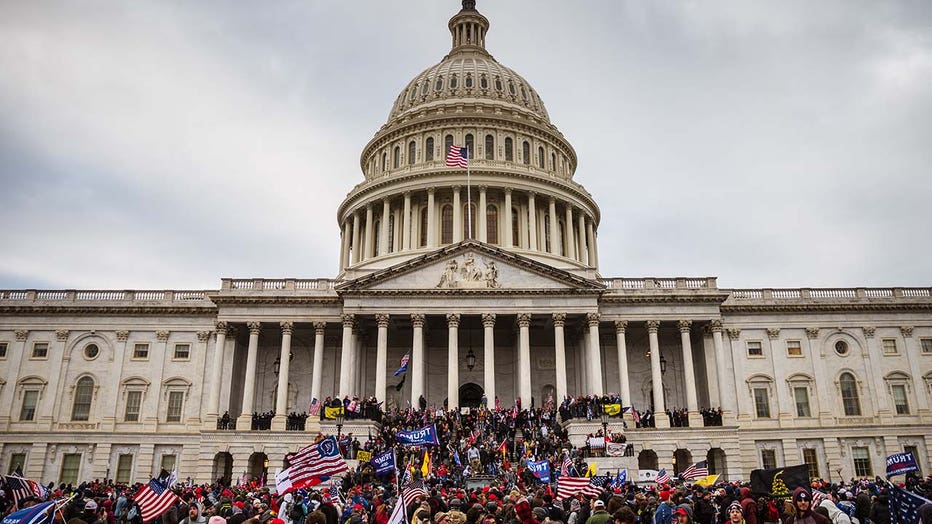 A large group of pro-Trump protesters stand on the East steps of the Capitol Building after storming its grounds on January 6, 2021 in Washington, DC. A pro-Trump mob stormed the Capitol, breaking windows and clashing with police officers. Trump supp

The committee on Wednesday is expected to release its final report, which could include hundreds of pages of findings about the attack and Trump’s efforts to subvert democracy. Committee members will review the highlights of their findings at the Monday meeting.

Attorney General Merrick Garland last month appointed a special counsel, Jack Smith, to oversee investigations related to Trump, including one focused on the insurrection and attempts to overturn the 2020 election results.

Thompson said this week that the committee could also approve other types of referrals, including for ethics violations, legal misconduct and campaign finance violations.

"Different strokes for different folks," Rep. Jamie Raskin, D-Md., a member of the committee, recently told The Associated Press. "Everybody has made his or her own bed in terms of their conduct or misconduct."

Recommendations on referrals were drafted by four lawyers on the committee: Raskin; Wyoming Rep. Liz Cheney, the Republican vice chair; and Reps. Zoe Lofgren, D-Calif., and Rep. Adam Schiff, D-Calif. They were tasked with presenting the larger group with their referral recommendations, which the committee will consider Monday.