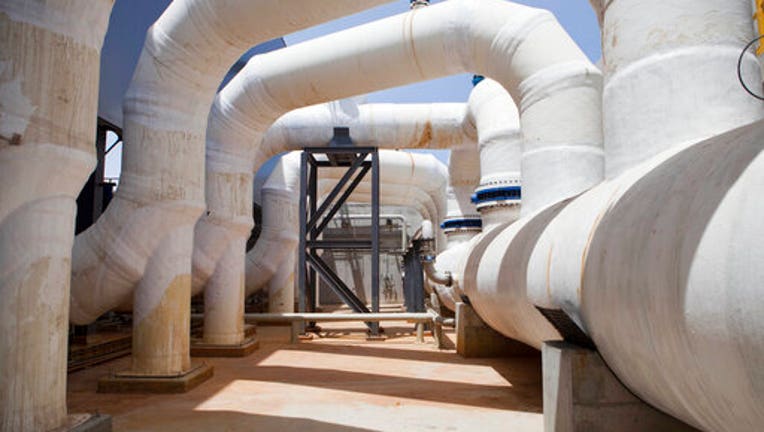 Yigal Unna did not mention Iran directly, nor did he comment on the alleged Israeli retaliation two weeks later said to have shut down a key Iranian port, but he said recent developments have ushered in a new era of covert warfare, ominously warning that “cyber winter is coming."

“Rapid is not something that describes enough how fast and how crazy and hectic things are moving forward in cyberspace and I think we will remember this last month and May 2020 as a changing point in the history of modern cyber warfare,” he said in a video address to CybertechLive Asia, a digital international cyber conference.

“If the bad guys had succeeded in their plot we would now be facing, in the middle of the Corona crisis, very big damage to the civilian population and a lack of water and even worse than that," he added.

Israel and Iran are bitter foes who have engaged in years of covert battles that have included high-tech hacking and cyber attacks. Most famously, U.S. and Israeli intelligence agencies are suspected of unleashing a computer worm called Stuxnet years ago in an attempt to disrupt Iran’s nuclear program.

But Unna said the attempted hacking into Israel's water systems marked the first time in modern history that “we can see something like this aiming to cause damage to real life and not to IT or data.”

Had Israel's National Cyber Directorate not detected the attack in real time, he said chlorine or other chemicals could have been mixed into the water source in the wrong proportions and resulted in a "harmful and disastrous” outcome. His office released a brief statement after the attempt, acknowledged it had been thwarted and no damage had been caused. But Unna's comments marked the first official detailed account of what happened.

“It is a part of some attack over Israel and over the national security of Israel and not for financial benefit,” he said. “The attack happened but the damage was prevented and that is our goal and our mission. And now we are in the middle of preparing for the next phase to come because it will come eventually.”

Iran hasn't commented on the attempted hacking and has played down the alleged reprisal on May 9 against the Shahid Rajaee port. Mohammad Rastad, head of Iran’s port and marine agency, told the semiofficial ILNA news agency that the attack failed to infiltrate into the agency’s systems and only damaged "several private sector systems.”

Israel has not officially commented on the attack against Iran, but in an interview with Israel's Army Radio, Amos Yadlin, a former head of military intelligence, said it was significant.

“The attack displayed the cyber ability of a world power. It appears that this was a clear Israeli message to Iran, don’t dare to touch civilian systems, the water and electricity systems in Israel, which were attacked this past month. You, the Iranians, are more vulnerable than we are,” he said.

Without discussing the attack directly, Unna said the past month marked a historic turning point in cyber warfare.

“Cyber winter is coming and coming even faster than I suspected," he said. “We are just seeing the beginning.”