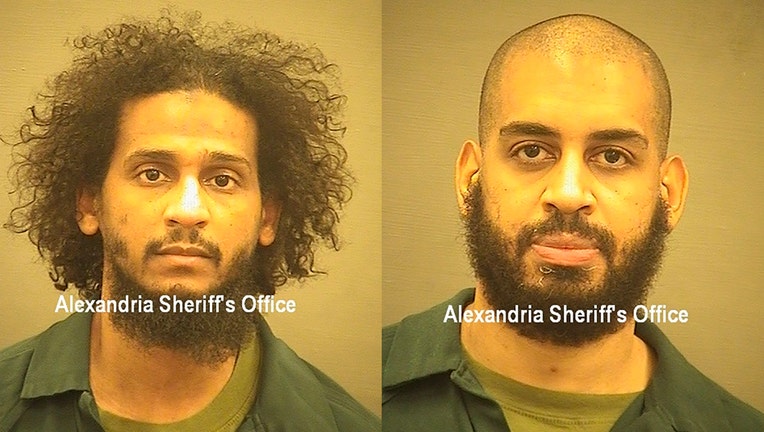 Two British Islamic State terror suspects known as the "Beatles" were indicted in the torturing and beheading of American aid workers and journalists among others once held hostage in Syria, according to court documents made public Wednesday.

El Shafee Elsheikh and Alexanda Kotey are two of four men dubbed "the Beatles" by the hostages they held captive, because of their British accents. They previously had been in military custody in Iraq and were expected to make their first appearance in federal court in Alexandria, Va., on Wednesday.

The pair had been linked to the kidnapping and torturous killings of American aid workers Peter Kassig and Kayla Mueller and journalists Steven Sotloff and James Foley.

In a statement, relatives of Mueller, Foley, Sotloff, and Kassig said the transfer "will be the first step in the pursuit of justice for the alleged horrific human rights crimes against these four young Americans."

"Many around the world are familiar with the barbaric circumstances of their deaths – but we will not remember these Americans for the way they died, we will remember them for the way they lived their good and decent lives," said Assistant Attorney General John C. Demers of the Justice Department's National Security Division.

The indictment details how the pair "were leading participants in a brutal hostage-killing scheme targeting American and European citizens, and others, from 2012 to 2015." They "engaged in a prolonged pattern of physical and psychological violence against the hostage," the document further states.

They left London for Syria at separate times in 2012 and, within months, began detaining hostages. Of the four victims named in the complaint, Foley was the first to be "forcibly seized and detained" around Nov. 22, 2012. Mueller and Sotloff were taken hostage on Aug. 4, 2013; and Kassig on Oct. 2, 2013, court papers state.

The DOJ is not seeking the death penalty in this case.

"We welcome the transfer of the ISIS "Beatles" to the United States to stand trial in a court of law," U.S. Secretary of State Mike Pompeo wrote in a tweet following the news. "The United States will not rest until these alleged terrorists are held accountable for their crimes and justice is delivered to their victims' families."

The 26-page indictment describes the horrific treatment of the hostage victims – which included, among other acts, the forced witnessing of murders, mock executions, shock by electric Tasers, waterboarding or threats of it, and beatings – and their ransom demands that were sent to the victims' families.

Foley's family received an email on Dec. 2, 2013, which stated, in part: "James Wright Foley is being detained by us … James was detained whilst operating as a 'Journalist.' Our Muslim prisoners are extremely valuable to us for verily those who are honored most …"

In a subsequent email weeks later, the captors "taunted the Foley family, stating the U.S. government treated the Foleys 'like worthless insects.'" The email demanded 100,000,000 euros, according to the indictment.

In a Feb. 9, 2014 email to Kassig's family, his captors called for the release of Muslim prisoners and added: "Peter was acting as a 'MEDIC' when captured. We have no doubt that these 'MEDIC's' are nothing but another front in the battles between the Muslims and the imperial west and its allies."

And on May 29, 2014, Mueller's family received an email that included an audio recording from the young woman. In the recording, Mueller repeated her captors' demands for the release of a Muslim prisoner or a payment of 5 million euros.

On Feb. 7, 2015, Mueller's family received another email that confirmed Kayla's death, the indictment states. Attached to the email were three photographs of her deceased body.

Videos of the killings, released online in the form of Islamic State propaganda, stunned the U.S. government for their unflinching violence. The recordings routinely showed prisoners in orange jumpsuits on their knees beside a captor dressed in black whose native English drove home the global reach of a group that at its peak occupied vast swaths of Syria and Iraq.

In July 2014, according to the indictment, Elsheikh described to a family member his participation in an Islamic State attack on the Syrian Army. He sent the family member photos of decapitated heads and said in a voice message, "There's many heads, this is just a couple that I took a photo of."

The other two Beatles included the most infamous member of the group, Mohammed Emwazi, known as "Jihadi John," who was killed in a 2015 drone strike. Emwazi appeared and spoke in the video of Foley's execution. The fourth member, Aine Lesley Davis, was sentenced to seven years in prison in Turkey in 2017.

"One by one, our children were taken from us by the hateful criminals of the Islamic State. Jim, Steven, Peter and Kayla were like so many of your own sons and daughters. They were four unique, passionate, young Americans and all risked their lives pursuing a great good," FBI Director Christopher Wray said at Wednesday's press conference, reading a message written by the four victims' parents after the terrorists were captured in 2018.

"The families of those victims have suffered the painful loss of their loved ones at the hands of brutal killers," he added. "While their pain may never fully subside, today ... we're beginning to bring them the justice they deserve."