James and Jennifer Crumbley, the parents of the Oxford High School shooting suspect, Ethan Crumbley, made their first appearance in court Saturday, Dec. 4, and entered not guilty pleas to each of the four counts of involuntary manslaughter filed against them.

The parents of the suspected Oxford High School shooter have been charged with four counts of involuntary manslaughter each after four students died earlier this week when authorities said Ethan Crumbley emerged from a bathroom and opened fire in a hallway. Seven others were hurt.

James and Jennifer Crumbley both entered not guilty pleas Saturday during their virtual arraignment, just hours after they were taken into custody after being captured at a warehouse in Detroit. The two were brought into the Oakland County jail around 2:30 a.m. Saturday after they missed a 4 p.m. arraignment time Friday.

A judge set bond at $500,000 each during their court appearance, saying she was concerned about the two fleeing if they did not remain in jail. 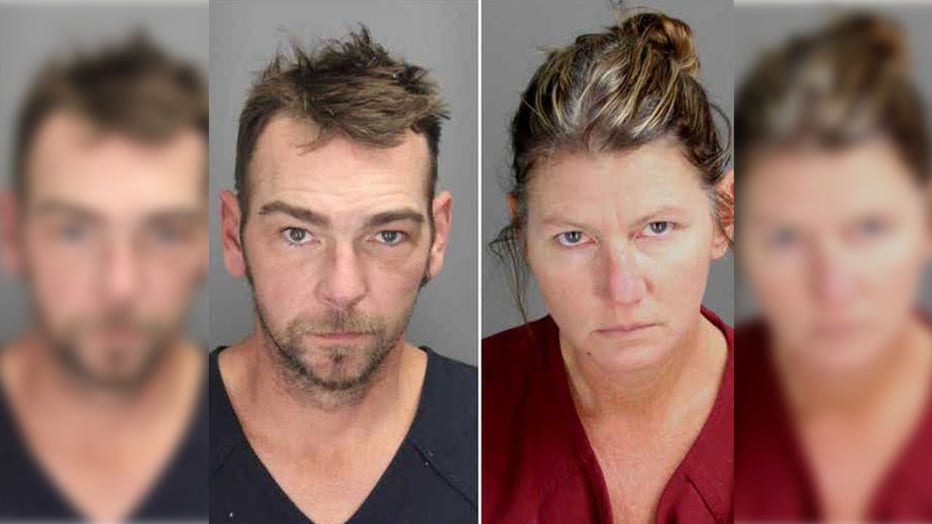 What is an involuntary manslaughter charge?

Under Michigan law, a suspect can be charged with two types of manslaughter: voluntary and involuntary.

Prosecutors believe the facts in this case prove James and Jennifer Crumbley committed involuntary manslaughter, which means a homicide was committed without intent or unintentionally.

Under Michigan law, the involuntary manslaughter charge filed against the parents can be pursued if authorities believe someone contributed to a situation where there was a high chance of harm or death.

RELATED: James and Jennifer Crumbley charged with 4 counts of involuntary manslaughter each after Oxford mass shooting

Under Michigan law, a person who commits manslaughter is guilty of a felony and can be sentenced to a maximum of 15 years in prison and receive a fine of as much as $7,500.

Why were James and Jennifer Crumbley charged?

Oakland County Prosecutor Karen McDonald’s office filed involuntary manslaughter charges against the Crumbleys, accusing them of failing to intervene on the day of the tragedy despite being confronted with a drawing and chilling message — "blood everywhere" — that was found at the boy’s desk.

The Crumbleys committed "egregious" acts, from buying a gun on Black Friday and making it available to Ethan Crumbley to resisting his removal from school when they were summoned a few hours before the shooting, McDonald said when filing the charges.

School officials became concerned about the younger Crumbley on Nov. 29, a day before the shooting, when a teacher saw him searching for ammunition on his phone, McDonald said.

Jennifer Crumbley was contacted and subsequently told her son in a text message: "Lol. I’m not mad at you. You have to learn not to get caught," according to the prosecutor.

On Tuesday, a teacher found a note on Ethan’s desk and took a photo. It was a drawing of a gun pointing at the words, "The thoughts won’t stop. Help me," McDonald said.

There also was a drawing of a bullet, she said, with words above it: "Blood everywhere."

Between the gun and the bullet was a person who appeared to have been shot twice and is bleeding. He also wrote, "My life is useless" and "The world is dead," according to the prosecutor.

The school quickly had a meeting with Ethan and his parents, who were told to get him into counseling within 48 hours, McDonald said.

The Crumbleys failed to ask their son about the gun or check his backpack and "resisted the idea of their son leaving the school at that time," McDonald said.

Instead, the teen returned to class and the shooting subsequently occurred.

"The notion that a parent could read those words and also know that their son had access to a deadly weapon that they gave him is unconscionable — it’s criminal," the prosecutor said.

READ MORE: Oxford superintendent: No disciplinary action was warranted for shooting suspect prior to attack

With some very limited exceptions, minors in Michigan aren't allowed to possess guns. But there is no Michigan law that requires owners to keep guns locked away from kids.

"So many states do. There’s 23 states plus Washington, D.C., that have some form of a secure storage law," Michigan Attorney General Dana Nessel said.

During the court appearance Saturday, attorney Shannon Smith said the gun used was locked, but she did not say how their son got it.

"It's an unusual charge to bring," said Eve Brensike Primus, who teaches criminal procedure at University of Michigan law school.

Primus said authorities must show gross negligence by the parents and causation, or the act of causing something.

"The prosecutor is going to need facts to support the argument that these parents really knew there was a risk that their son would take a gun and shoot people dead," she said. "Not just that their son was troubled in some way. This is a homicide charge that carries years in prison. This is not a small charge."

From suspects to fugitives

The parents of Ethan Crumbley, the suspect in the Oxford High School mass shooting in Michigan that killed four students, have been arrested after police began a frantic search for them. Jennifer and James Crumbley have been charged with involuntary manslaughter in connection to the four deaths. The couple were arrested in the basement of a commercial building and were taken into custody without incident.

It would be some 10 hours from the announcement of charges before the Crumbleys would be brought into custody. The Detroit police chief attributed their locating to a tip.

A Be On The Look Out (BOLO) alert was initially sent to law enforcement agencies after the Crumbleys could not be found at their home the afternoon of Dec. 3. Sources with police told FOX 2 Detroit the last place they were spotted was in Rochester Hills around 2-3 p.m. where they allegedly withdrew $4,000 from a bank.

However, defense attorneys for the couple contradicted what others had said, saying that the two hadn't been fleeing but were hiding for their own safety.

Whatever the case, the two did not show up to their 4 p.m. arraignment.

By then, the U.S. Marshals joined the search that night and offered a $10,000 reward leading to their arrest.

Shortly before 2 a.m., a tip led Detroit Police to an art studio on the city's east side, where the couple was hiding in a basement. Police began searching on Bellevue Street after the Crumbley's black KIA SUV was discovered in the area.

The pair appeared to look distressed as they were arrested, Detroit Police Chief James White said. They were unarmed and did not resist, but there are suspicions over how they got into the building.

"They didn't break in. Somebody let them in," White said. "We don't know the relationship yet. That's active. That person could face charges."

Hours after they were taken into custody, both James and Jennifer Crumbley pleaded not guilty to all charges.

The pair’s attorneys, Shannon Smith and Mariell Lehman, released this statement prior to their arraignment:

"We understand that our clients were apprehended last night although we fully intended to turn them in first thing this morning for arraignment, contrary to the misinformation that has been rampant in the media.

Unfortunately, this case presents the most unimaginable tragedy for every single person involved, including every member of the community. While it’s human nature to want to find someone to blame or something to point to or something that gives us answers, the charges in this case are intended to make an example and send a message. The prosecution has very much cherry-picked and slanted specific facts to further their narrative to do that.

We intend to fight this case in the courtroom and not in the court of public opinion. We know that in the end the entire story and truth will prevail."

Will this case set precedent?

Parents in the U.S. are rarely charged in school shootings involving their children, even as most minors get guns from a parent or relative’s house, according to experts.

"I think one of the reasons Karen McDonald brought these charges is because of the facts, certainly, but also to send the message that if your parents are not going to supervise kids — your kids — and certainly look at the warning signs, looking at ammunition, buying a gun for your kid, and then really not having a lot of respect but, the initial report, the drawings of blood and "help me" — if you, parents, are not going to look at that and do something about it then you, too, yes, could face charges. I do think that was part of the message," said FOX 2 Detroit’s legal analyst Charlie Langton.

A 2019 assessment by the U.S. Department of Homeland Security found that guns came from the home of a parent or close relative in 76% of school attacks where firearms were used. In about half, the firearms were easily accessible.

But laws aimed at restricting gun access are not always enforced and vary in strength, experts say.

"Our laws haven’t really adapted to the reality of school shootings, and the closest we have are these child access prevention laws," said Kris Brown, president of the Brady gun control advocacy group

In 2020, the mother of an Indiana teen was placed on probation for failing to remove guns from her home after her mentally ill son threatened to kill students. He fired shots inside his school in 2018. No one was injured but the boy killed himself.

In Washington state, the father of a boy who killed four students at a high school in 2014 was convicted of illegally possessing firearms. He was not charged for the shooting, although one of his guns was used.

This story was reported from Detroit. The Associated Press and Jack Nissen contributed.