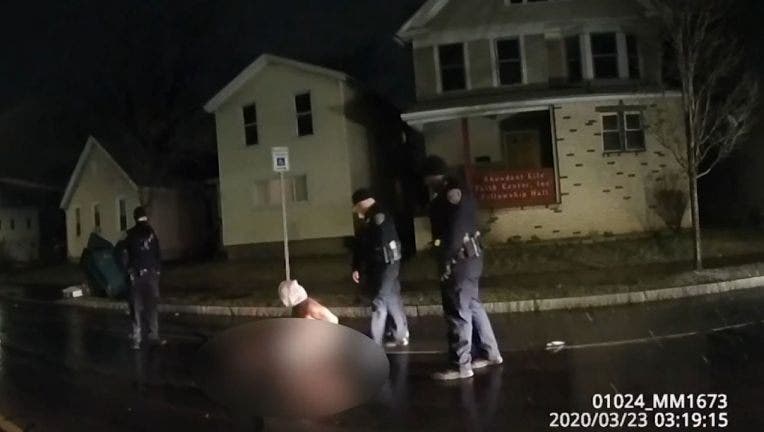 NEW YORK - An investigation into the official response to Daniel Prude’s police suffocation death last year in Rochester, New York, is faulting the city’s mayor and former police chief for keeping critical details of the case secret for months and lying to the public about what they knew.

The report, commissioned by Rochester’s city council and made public Friday, said Mayor Lovely Warren lied at a September press conference when she said it wasn’t until August that she learned officers had physically restrained Prude during the March 23, 2020 arrest that led to his death.

Warren was told that very day that officers had used physical restraint, the report said, and by mid-April she, then-police Chief La’Ron Singletary and other officials were aware that Prude had died as a result and that the officers were under criminal investigation.

"In the final analysis, the decision not to publicly disclose these facts rested with Mayor Warren, as the elected Mayor of the City of Rochester," said the report, written by New York City lawyer Andrew G. Celli Jr. "But Mayor Warren alone is not responsible for the suppression of the circumstances of the Prude Arrest and Mr. Prude’s death."

Singletary disclosed that the officers restrained Prude, but "consistently deemphasized" the role of restraints in his death, nor did his statements to Warren and other officials "capture the disturbing tenor of the entire encounter," the report said.

Warren claimed to the public that Singletary initially told her that Prude’s death was a "drug overdose," but Friday’s report said he never told her that. Singletary, meanwhile, failed to correct Warren's claim during a September news conference that she was never informed that Prude's death had been ruled a homicide, the report said. Singletary told her of the finding on April 13, the report said, characterizing his response in September that "the Mayor just said she was not" informed as "untrue statements by omission."

Messages seeking comment were left with Warren’s spokesperson, who was among the officials scrutinized in the investigation, and a lawyer for Singletary.

Additionally, the report said, a city lawyer in August discouraged Warren from publicly disclosing Prude’s arrest or commencing disciplinary action against the officers after she viewed body-worn camera footage of the encounter for the first time.

The lawyer incorrectly stated that the city was barred from taking action against the officers while the state attorney general’s office was investigating Prude’s death, the report said.

The body-camera video, made public by Prude’s family in early September, shows Prude handcuffed and naked with a spit hood over his head as an officer pushes his face against the ground, while another officer presses a knee to his back. The officers held him down for about two minutes until he stopped breathing. He was taken off life support a week later.

Lawyers for the seven police officers suspended over Prude’s death have said the officers were strictly following their training that night, employing a restraining technique known as "segmenting." They claimed Prude’s use of PCP, which caused irrational behavior, was "the root cause" of his death.

Rochester's city council authorized the independent investigation into the handling of Prude's death within days of the video being made public and voted to give investigators the power to subpoena city departments.

Celli, in the report, noted that the decision to inform the public of a significant event "is a policy judgment, and a political one, not a legal one," and that there are no written rules or standards in Rochester governing the mayor or other officials in such matters.

"It is not for the Special Council Investigator to pass judgment on whether the decisions by Rochester officials not to disclose the arrest and death of Daniel Prude were right or wrong," Celli wrote. "The judges of that question are the citizens of the City of Rochester and the public at large."

The report also confirms that Rochester police commanders urged city officials to hold off on publicly releasing the body camera footage of Prude’s suffocation death because they feared violent blowback if it came out during protests over the police killing of George Floyd in Minneapolis.

In a June 4 email, Deputy Chief Mark Simmons cited the "current climate" in the city and the nation and advised Singletary to press the city’s lawyers to deny a Prude family lawyer’s public records request for the footage of the March 23 encounter that led to his death.

"We certainly do not want people to misinterpret the officers’ actions and conflate this incident with any recent killings of unarmed black men by law enforcement nationally," Simmons wrote. "That would simply be a false narrative, and could create animosity and potentially violent blow back in this community as a result."

"Totally agree," Singletary replied, according to the emails.

Rochester officials released the emails last fall, along with police reports and other documents Warren fired Singletary and suspended the city lawyer, Corporation Counsel Tim Curtin and Communications Director Justin Roj without pay for 30 days in response to fallout over the case.

Prude’s death sparked several weeks of nightly protests and calls for Warren’s resignation. His family has filed a federal lawsuit alleging the police department sought to cover up the true nature of Prude’s death.