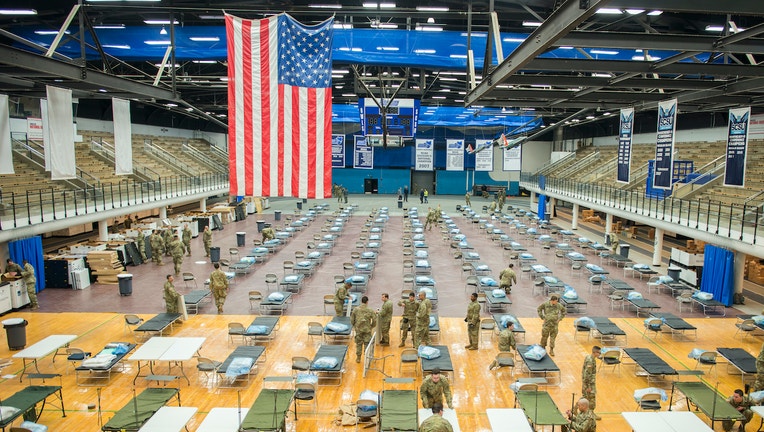 HARTFORD, Conn. - A 7-week-old baby who died at a hospital in the Hartford area had the coronavirus, Connecticut Gov. Ned Lamont said Wednesday. The cause of death is unknown.

The unidentified child from Hartford was unresponsive when taken to the hospital recently and could not be revived. The infant tested positive during a postmortem exam for the virus that causes COVID-19, said Josh Geballe, the governor's chief operating officer.

Dr. James Gill, the state's chief medical examiner, said the infant had no other known medical conditions. An autopsy has been done but more tests are needed before a cause of death can be determined, he said.

"That baby was less than 7 weeks old. And just a reminder that nobody is safe with this virus," Lamont said at a news conference after touring a temporary hospital set up at Southern Connecticut State University.

Children have made up a small fraction of coronavirus cases worldwide. A letter published in the New England Journal of Medicine by Chinese researchers last month month reported the death of a 10-month-old with COVID-19. The infant had a bowel blockage and organ failure and died four weeks after being hospitalized.

Separate research published in the journal Pediatrics traced 2,100 infected children in China and noted one death, a 14-year old. The study found less than 6% of children were seriously ill.

Other coronavirus developments in Connecticut:

Two members of the Connecticut National Guard are among the latest state residents to test positive for COVID-19.

An airman assigned to the 103rd Airlift Wing in East Granby tested positive March 27, and a soldier assigned to Joint Force Headquarters who works in Middletown tested positive the next day, National Guard officials said. The airman, between 20 and 30 years old, is hospitalized and the soldier, a woman between 40 and 50 years old, is recovering at home, officials said. 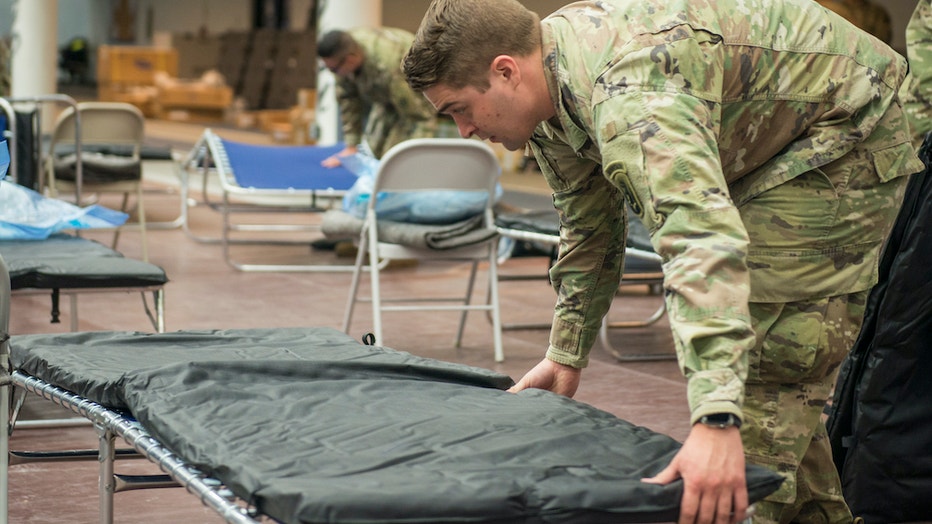 Connecticut Children's Medical Center furloughed 400 workers because of the coronavirus outbreak, which has caused elective and other surgeries to be delayed and the number of patients to decline, according to officials with the Hartford-based medical system.

The furloughs are for 60 days and affect about 14% of the system's workforce of 2,800, according to medical center spokeswoman Monica Buchanan.

Patient volumes have declined by about half amid the outbreak, costing the medical center $7.5 million to $9 million a month, officials said.

For most people, the virus causes mild or moderate symptoms, such as fever and cough that clear up in two to three weeks. For some, especially older adults and people with existing health problems, it can cause more severe illness or death.

The Department of Correction has put the Willard-Cybulski prison in Enfield on lockdown after five inmates there tested positive for the coronavirus. That brings to seven the number of adult prisoners in the state who have been diagnosed with COVID-19. The other two are housed at the Corrigan-Radgowski Correctional Institution in Uncasville.

The nonprofit group, 4-CT, has launched a statewide relief fund that has raised $10 million. The effort is being made in cooperation with community foundations, institutional funders, philanthropists, corporations and other donors.

"It is incredible how quickly the global COVID-19 pandemic impacted our state and brought nearly every normal, daily function of our lives to a halt — and the effects are stretching thin the critical services on which so many in Connecticut rely," said Lamont, a wealthy former businessman who said he has already donated to the relief fund.