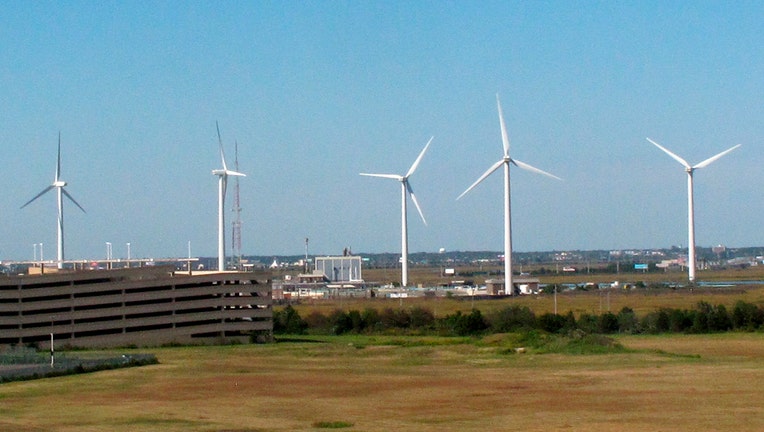 The state showed progress on both fronts Thursday, announcing that six of the world's largest offshore wind energy companies have expressed interest in renting space at a southern New Jersey facility being built as a manufacturing and staging ground for offshore wind projects.

At almost the same time, the New Jersey Board of Public Utilities approved 105 providers to participate in a community solar energy program designed to give underserved areas, including low and middle-income communities, the ability to use power generated by the sun.

"The New Jersey Wind Port is a game-changing investment that establishes New Jersey as the capital of offshore wind in the United States," Gov. Phil Murphy, a Democrat, said. "The overwhelming response to this early opportunity to lease space at the wind port from the biggest global players in offshore wind shows that we are already well on our way to achieving this vision and driving economic growth that firmly aligns with our environmental goals."

The state also is planning a second related facility in Paulsboro on the Delaware River in southern New Jersey to build the huge poles supporting wind turbines.

A company called Here Comes Solar, with help from state funding, has been working with affordable-housing providers to provide low-cost solar energy.

New Jersey also expanded a program to offer solar-powered electricity to communities in areas that otherwise might not be able to access it.

It authorized the second year of its community solar program, with projects capable of powering about 33,000 homes, more than half of which would be low or moderate-income customers.

A community solar project's output is divided among multiple participants, known as subscribers. A subscriber can be a home or business that wants to use renewable energy but does not have a solar array on site. This would apply to those who rent and lack control of their roof, live in an apartment or multi-family building, or can't afford the cost of a solar installation, according to the utilities board.

"Community solar is a critical component of our solar programs in making sure that the clean energy and cost savings of solar are available to everyone," said board president Joseph Fiordaliso. "It is especially important that these benefits are available to environmental justice and low-income communities when they have been underserved for so long."

The board plans to make the offering, which has been a pilot program, permanent soon.

From the Archive: Environmentalists patrolling for plastic in the Hudson River [Sept. 20, 2019]

Environmentalists are going to paddle the Hudson River near New York City to help clean up the plastic in the river.