Residents of a tiny village in India where Kamala Harris's grandfather was born celebrated the new vice president of the United States. (Source video and photos by The Associated Press)

THULASENDRAPURAM, India (AP) - Residents of a tiny Indian village surrounded by rice paddies flocked to a Hindu temple, setting off firecrackers and praying and as they watched Kamala Harris, who has strong roots to the village, take her oath of office and become the U.S. vice president on Wednesday.

Groups of women in bright saris and men wearing white dhoti pants watched the inauguration live as reporters broadcast the villager's celebrations to millions of Indians. The villagers chanted "Long live Kamala Harris" while holding portraits of her and blasted off fireworks the moment she took the oath.

Earlier, the villages adorned their temple with flowers, offering special prayers for Harris' success. Her maternal grandfather was born in the village of Thulasendrapuram, about 350 kilometers (215 miles) from the southern coastal city of Chennai.

"We are feeling very proud that an Indian is being elected as the vice president of America," said teacher Anukampa Madhavasimhan. 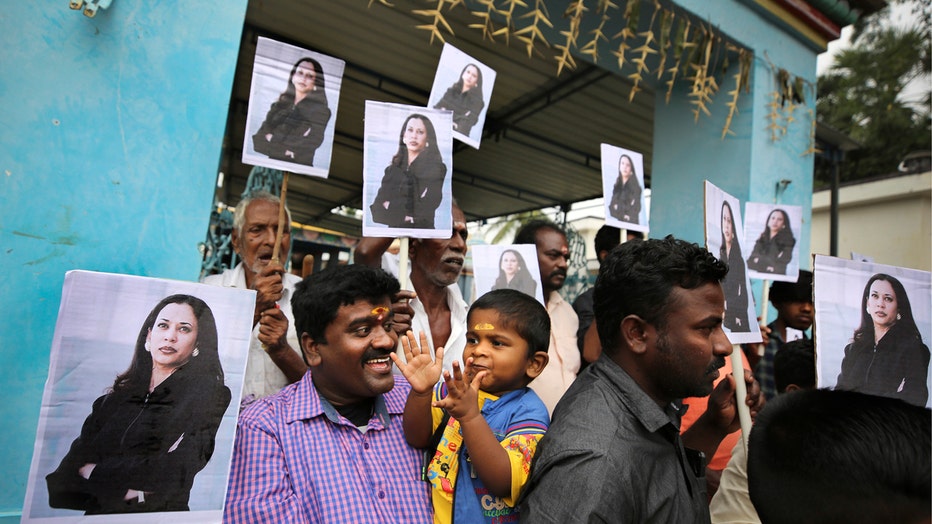 A child reacts as villagers hold placards featuring U.S. Vice President-elect Kamala Harris after participating in special prayers ahead of her inauguration, outside a Hindu temple in Thulasendrapuram, India, Wednesday, Jan. 20, 2021. (AP Photo/Aijaz

At the prayer ceremony in Thulasendrapuram, the idol of Hindu deity Ayyanar, a form of Lord Shiva, was washed with milk and decked with flowers by a priest. Then the village reverberated with the sound firecrackers as people held up posters of Harris and clapped their hands.

Harris made history Wednesday as the first Black, South Asian and female U.S. vice president and what made her special for the village is her Indian heritage.

Kamala Harris is the nation's first woman and person of color to become vice president. She identifies as Black and South Asian.

Harris' grandfather was born more than 100 years ago. Many decades later, he moved to Chennai, the capital of Tamil Nadu state. Harris' late mother was also born in India, before moving to the U.S. to study at the University of California. She married a Jamaican man, and they named their daughter Kamala, a Sanskrit word for "lotus flower."

In several speeches, Harris has often spoken about her roots and how she was guided by the values of her Indian-born grandfather and mother. 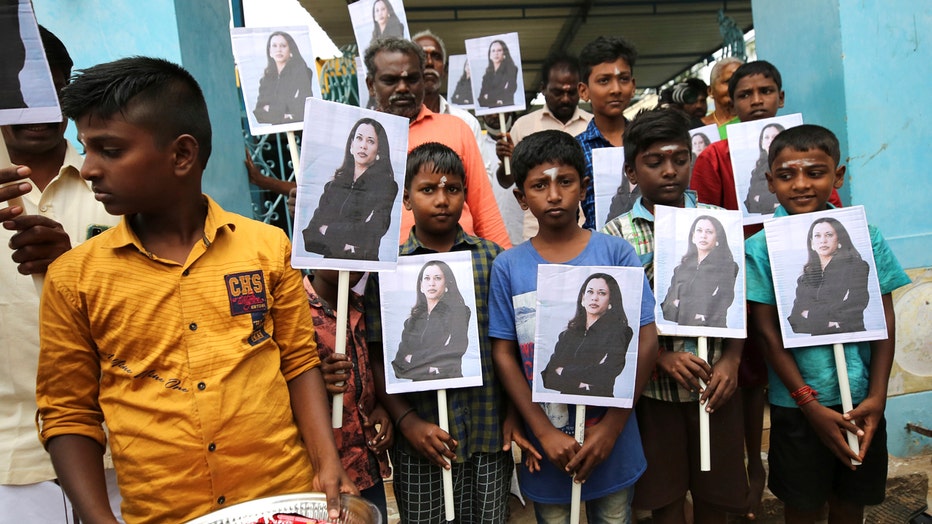 So when Joe Biden and Harris triumphed in the U.S. election last November, Thulasendrapuram became the center of attention in the entire nation. Local politicians flocked to the village and young children carrying placards with photos of Harris ran along the dusty roads.

Then and now, villagers set off firecrackers and distributed sweets and flowers as a religious offering.

Posters and banners of Harris from November still adorn walls in the village and many hope she ascends to the presidency in 2024. Biden has skirted questions about whether he will seek reelection or retire. 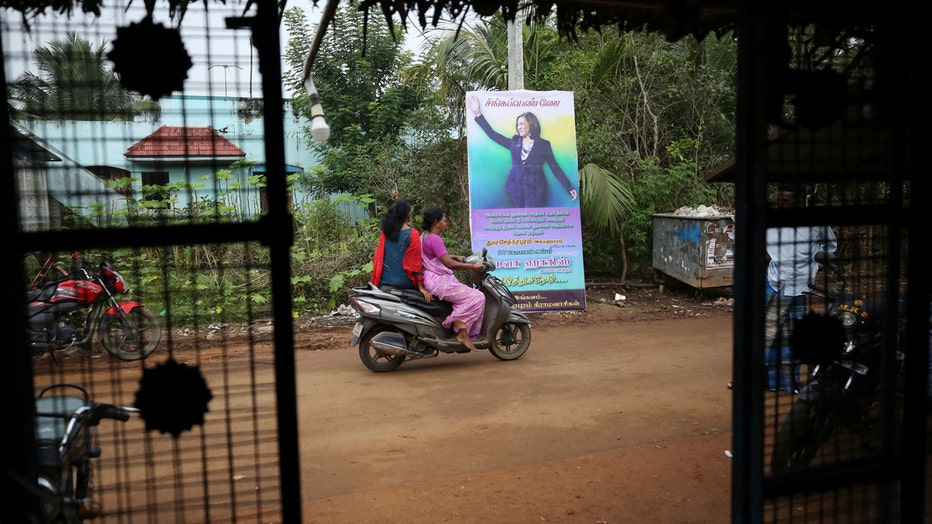 "For the next four years, if she supports India, she will be the president," said G Manikandan, who has followed Harris politically and whose shop proudly displays a wall calendar with pictures of Biden and Harris.

On Tuesday, an organization that promotes vegetarianism sent food packets for the village children as gifts to celebrate Harris' success.

In the capital New Delhi, there has been both excitement — and some concern — over Harris' ascend to the vice presidency. 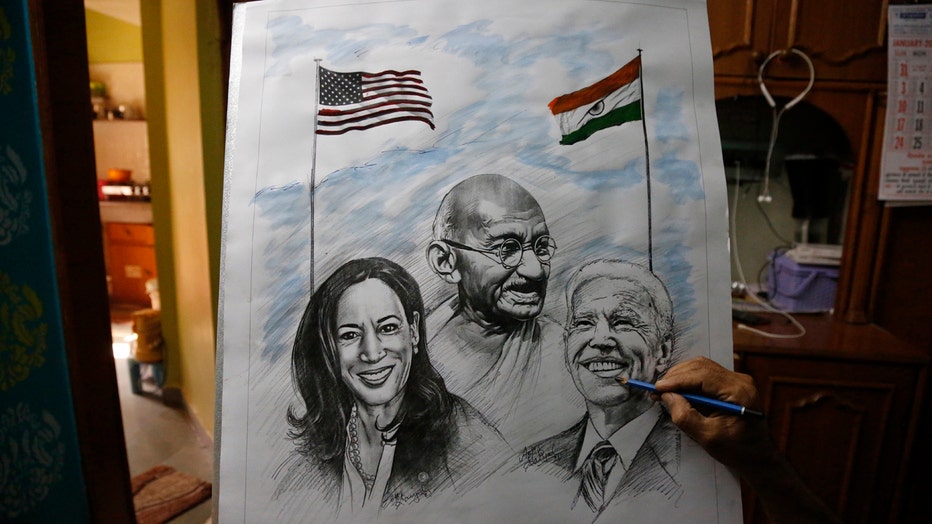