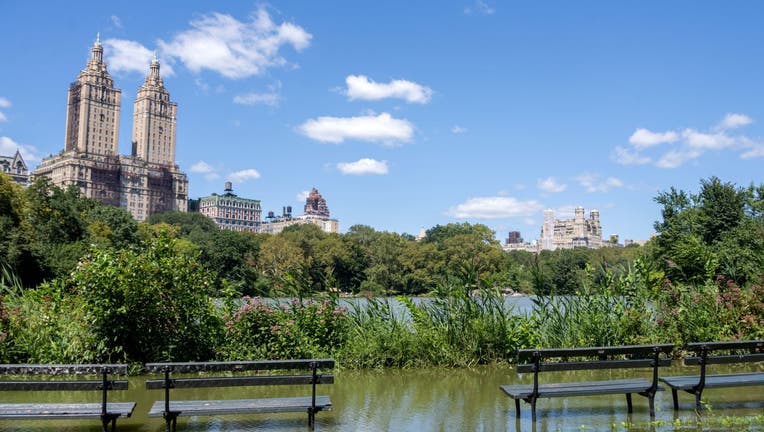 A seating area is flooded near Bow Bridge in Central Park after a night of extremely heavy rain caused by Hurricane Ida on September 2, 2021, in New York City. (Photo by Alexi Rosenfeld/Getty Images)

NEW YORK - New York City has opened five Recovery Service Centers in each of the city's boroughs in order to help residents continue to recover from Hurricane Ida.

The service centers will be open beginning Saturday, September 4 from 8 a.m. to 8 p.m. and will provide resources and in-person support to people affected by the storms.

After thirteen people died in the flooding caused by Hurricane Ida, Mayor Bill de Blasio says that going forward the city will go door-to-door to evacuate those living in basement apartments.

All New Yorkers will be able to use the sites, regardless of immigration status.

The service centers are located at:

For a larger list of post-storm resources for anyone affected buy Hurricane Ida, visit the NYC.gov website.

Ida blew ashore in Louisiana on Sunday tied as the fifth-strongest storm to ever hit the U.S. mainland, then moved north with rain that overwhelmed urban drainage systems.

The storm killed more than two dozen people in New Jersey and at least 11 in New York City — many drowning in their basement apartments or in cars trapped in submerged roadways.