A group of masked skaters stole a piece of skateboarding lore -- a 300-pound metal bench -- from Tompkins Square Park in New York City and brought to a skate park in Philadelphia.

NEW YORK - One night last week, some anonymous Philadelphia skaters drove a U-Haul truck up to New York City, obscured their identities with hoods and face masks, and then boosted a 300-pound, 13-foot-long green metal bench from the skate park in Tompkins Square Park.

The Philly crew then hauled the hunk of metal out of Manhattan and deposited it in Cecil B. Moore Plaza at Temple University, drawing skaters from across the Delaware Valley to make their mark on a piece of skateboarding history.

"Every skater that is a true skater knows what this thing is," Donny Hixon of New Jersey told FOX 29 in Philadelphia. "It's cool they got it down from New York to Philly so we can get a chance to do some stuff on it."

The bench's legacy started in Southern California in the 1990s. Since then the bench has been ridden by the best skaters and featured in ads, videos and movies.

The bench was brought to New York City in October as part of a promotion.

"I hope the skaters in New York aren't too mad because I want to be cool with them," Louis Gelo from North Philadelphia said. 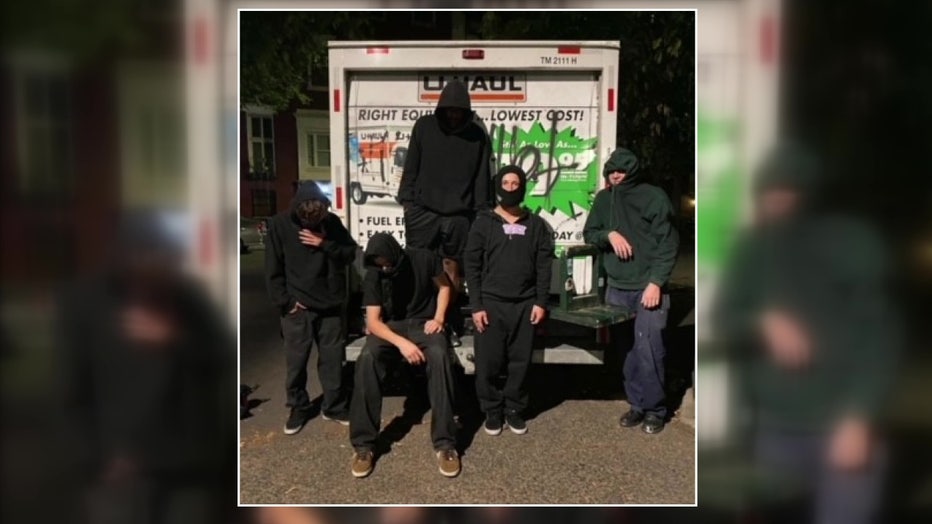 A metal bench considered by skateboarders to be a piece of history was stolen from a New York City park and brought to North Philadelphia for local skaters to enjoy.

Philly skaters hoped the prank might launch the bench on a world tour.

"Hopefully this makes its way to Europe, we need the homies in Europe to skate this thing," one skater in Philly said.

However, skaters in Tompkins Square Park on Tuesday told FOX 5 NY that they want to get their "revenge" and get the bench back.

Temple University told FOX 5 NY that a man showed up with proof of purchase of this legendary bench and had it loaded up to return to the East Village.