NYC cleans up after Isaias

Mayor Bill de Blasio said that Tropical Storm Isaias was the most significant weather event to hit the city since Hurricane Sandy. The storm knocked down thousands of trees across the city. Many residents said this was the last thing they wanted to deal with amid a viral pandemic. Reported by Sharon Crowley

The sound of generators and chain saws punctuated Wednesday morning's sunrise across the New York City region where more than a million homes and businesses were without electricity after Tropical Storm Isaias ripped through the area.

Ocean, Monmouth, Burlington, and Bergen counties in New Jersey were among the hardest hit with power outages. Some customers may be without power for days because Isaias left behind a tangled mess of tree branches and power lines downed by strong winds and, in some cases, tornadoes.

PSE&G in New Jersey said about 260,000 customers were still without power on Wednesday evening. The company said it hopes to restore service to most customers by Friday evening but that some "difficult restorations may continue through the weekend" and "possibly into Monday."

The loss of electricity was making it difficult for residents who have been working from home during the Covid-19 pandemic. They won't be able to take a train to work. 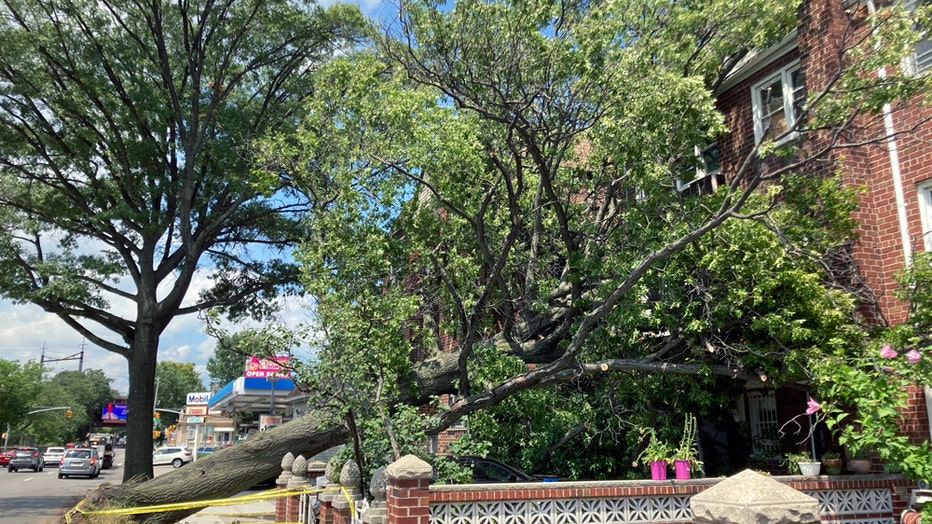 New York City's power utility said it saw more outages from Isaias than from any storm except Superstorm Sandy in 2012. Con Edison reported that about 85,000 customers in New York City and another 88,000 customers in Westchester County were without power on Wednesday evening.

On Long Island, more than 290,000 customers remained without service on Wednesday evening. PSE&G on Long Island said that some customers may not get power back until Saturday.

NJ cleans up after Isaias

Hundreds of thousands of utility customers in New Jersey lost power due to Tropical Storm Isaias. Utility crews are working around the clock to clear downed trees, repair wires, and restore electricity to homes and businesses. PSE&amp;G said it expects all customers to have service back by Friday afternoon. Reported by Arthur Chi'en

The other lines will resume service once repairs are completed. The Atlantic City Rail Line will resume weekday service.

In New York City, fierce wind and rain forced the Staten Island ferry and outdoor subway lines to shut down.

Long Island cleans up after Isaias

Tropical Storm Isaias is long gone but residents of Long Island continue to feel its effects. Utility crews are working 16-hour shifts to restore power to thousands of customers. Reported by Jodi Goldberg&nbsp;