A highly anticipated report containing everything the U.S. government knows about UFOs — or as the Pentagon refers to the mysterious aerial sightings, "UAP" — was unclassified and released to the public Friday. The report was released on the website of the Office of the Director of National Intelligence. NewsNOW's Andrew Craft spoke with UFO expert Nick Pope on the unclassified report that looked at 144 sightings of aerial phenomena from 2004 to 2021. It does not rule out alien activity, but also did not confirm that the sightings were extraterrestrial.

A House subcommittee will hold a public hearing next week on unidentified aerial vehicles, also known as unidentified flying objects (UFO) — a first in over 50 years.

The hearing will focus on the Pentagon’s Airborne Object Identification and Management Synchronization Group, which was established in November 2021 and has been charged with finding and identifying UFOs in restricted airspace.

The House Intelligence Committee’s subcommittee over counterterrorism, counterintelligence and counterproliferation will hold the hearing on May 17, according to a tweet from the subcommittee’s chairman, Rep. André Carson, D-Ind.

"Congress hasn't held a public hearing on unidentified aerial phenomena (UFO's) in over 50 years. That will change next week when I lead a hearing in @HouseIntel on this topic & the national security risk it poses. Americans need to know more about these unexplained occurrences," Carson wrote on Tuesday.

Witnesses will include Ronald S. Moultrie, undersecretary of defense for intelligence and security, and Scott W. Bray, deputy director of Naval intelligence, according to a spokesperson from Caron’s office.

News of this hearing comes nearly a year after a report requested by Congress on unidentified aerial phenomena which reviewed 144 sightings of aircraft or other devices that appeared to be flying at mysterious speeds or odd trajectories. 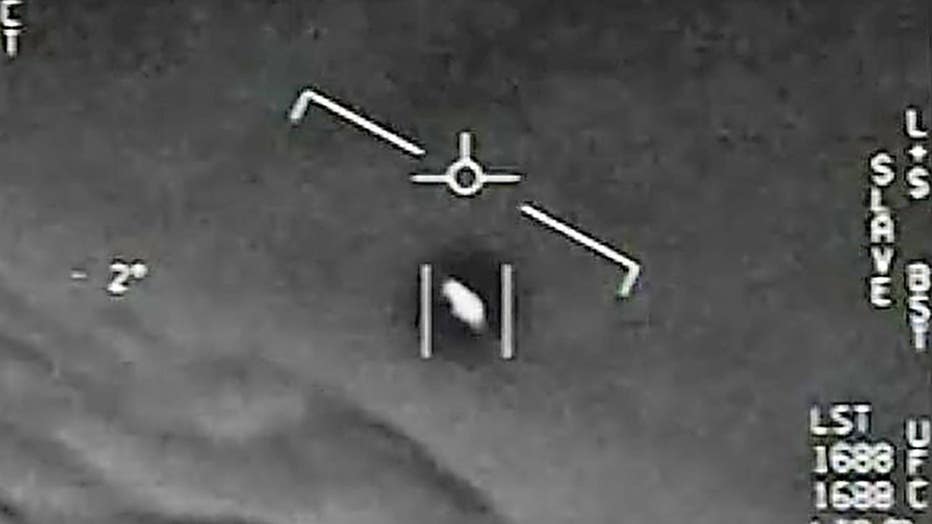 "The American people expect and deserve their leaders in government and intelligence to seriously evaluate and respond to any potential national security risks – especially those we do not fully understand," said Carson according to a statement shared with FOX TV Stations. "Since coming to Congress, I've been focused on the issue of unidentified aerial phenomena as both a national security threat and an interest of great importance to the American public. And I'm pleased to chair the first open Intelligence Committee hearing on these events. It will give the American people an opportunity to learn what there is to know about incidents. And I look forward to hearing from our witnesses on this critical matter."

The June 2021 report drew few conclusions and instead highlighted the need for better data collection about what’s increasingly seen by Democrats and Republicans as a national security concern. In all but one of the sightings investigated, there was too little information for investigators to even broadly characterize the nature of the incident.

There were 18 cases in which witnesses saw "unusual" patterns of movement or flight characteristics, the report said, adding that more analysis was needed to determine if those sightings represented "breakthrough" technology.

The report was published online and delivered to the House and Senate intelligence committees with a classified annex. Lawmakers were given a briefing on the investigation earlier in June 2021. One person who attended the classified briefing and spoke on condition of anonymity said that lawmakers were given little information beyond what’s publicly available and that the only videos shown had already been made public.

The report lists five potential categories, including the possibility of foreign adversaries flying unknown technology to events occurring naturally in the atmosphere.

But only one instance was categorized as "airborne clutter" and believed to be a large, deflating balloon. The rest are uncategorized because of a lack of information. That includes three instances of potential sightings captured on videos that were declassified and released in recent years.

"The purpose of this hearing is to give the public an opportunity to hear directly from subject matter experts and leaders in the Intelligence Community on one of the greatest mysteries of our time, and to break the cycle of excessive secrecy and speculation with truth and transparency," said Rep. Adam Schiff, D-Calif., and chairman of the House Intelligence Committee.