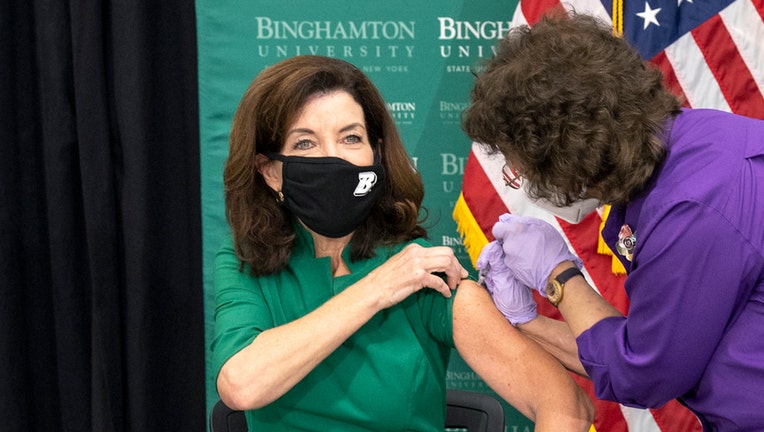 Gov. Kathy Hochul attended the grand opening of Binghamton University's Decker College of Nursing and Health Sciences in Broome County. After delivering remarks and participating in the ribbon-cutting, the governor sat down in front of the attendees and received a Moderna booster, her office said.

"Didn't even feel a thing," she said.

At a briefing in New York City on Monday, Mayor Bill de Blasio also received a Moderna booster after getting the Johnson & Johnson vaccine earlier this year.

"And now, I will lead by example. It's time for a booster," the mayor said. "And the advice I've received is, in this case, as a Johnson & Johnson recipient, the best alternative for the booster is Moderna." 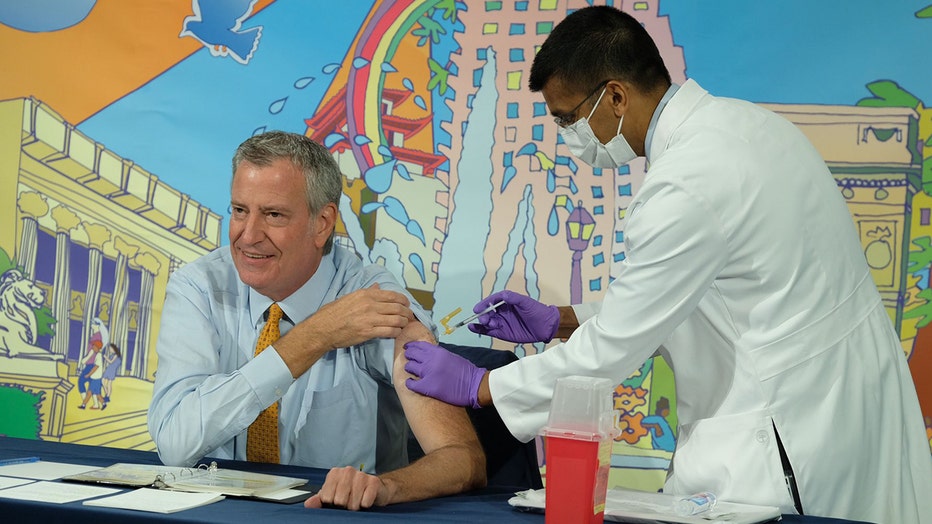 De Blasio rolled up his sleeve and told his health commissioner, Dr. Dave Chokshi, "Give me a boost, Dave."

Chokshi, wearing a white coat, a mask, and gloves, then gave the mayor the shot.

Federal health officials recommend that people who received the single-dose Johnson & Johnson vaccine get a booster as soon as two months after the shot because the J&J vaccine hasn't proved as protective as the two-dose Moderna or Pfizer options.

About two-thirds of Americans eligible for COVID-19 shots are fully vaccinated so far.