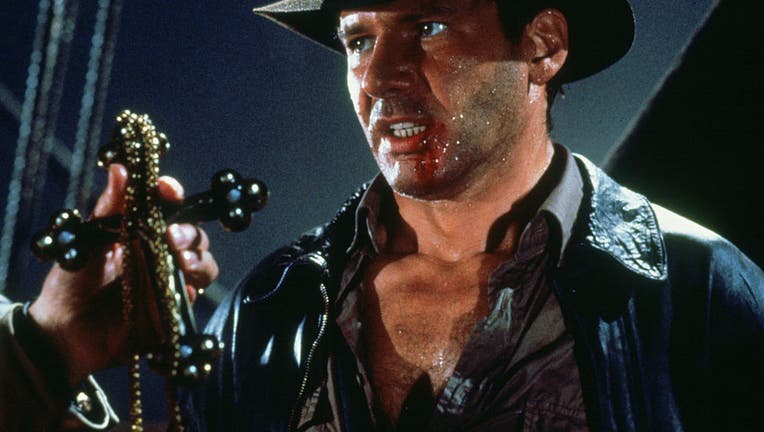 American actor Harrison Ford as the eponymous archaeologist in a scene from the film 'Indiana Jones and the Last Crusade', 1989. (Photo by Murray Close/Getty Images)

NEW YORK -
Harrison Ford is returning to the silver screen to reprise his iconic role as Indiana Jones.

The head of Lucasfilms confirms Ford will once again don his trusty fedora and whip.

The 77-year-old will star in the fifth installment of the franchise.  Stephen Spielberg is signing on again as the film's director.

The movie is expected to hit theaters in 2021.  The project was originally announced in 2016 but it has had script issues.

The last Indiana Jones movie, "Kingdom of the Crystal Skull" came out more than a decade ago.  The 2008 release made more than $700 million worldwide.