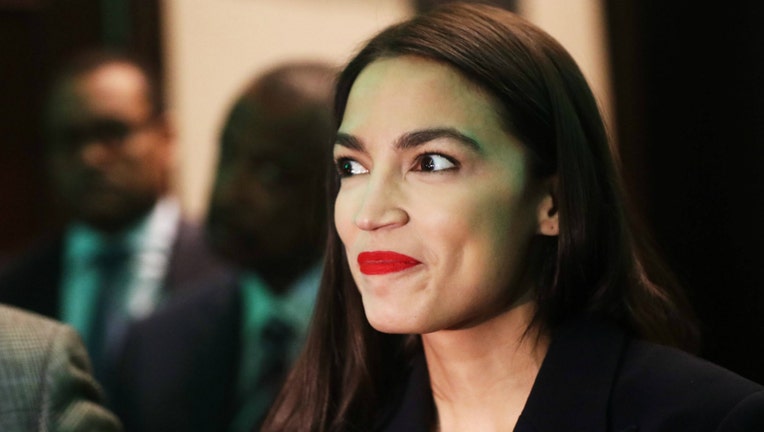 NEW YORK - Goya CEO Robert Unanue told radio's "Michael Berry Show" on Monday that New York Rep. Alexandria Ocasio-Cortez was named 'employee of the month' after the company's sales spiked in response to the progressive congresswoman's call for a boycott of its products earlier this year.

"When she boycotted us, our sales actually increased 1,000%," Unanue said on the show which is syndicated on some 20 stations across the country, "So we gave her an honorary, we never were able to hand it to her, but she got employee of the month for bringing attention to Goya and our adobo."

He noted that the boycott allowed Goya to reach "so many new people" while maintaining its base.

Ocasio-Cortez's call came after Unanue declared at a White House event that the United States was "blessed" to have "a leader like President Trump who is a builder."

"Oh look, it's the sound of me Googling 'how to make your own adobo,'" Ocasio-Cortez wrote to her 10.7 million followers on Twitter after social media backlash prompted #BoycottGoya.

Unanue told Berry that it was interesting to see AOC as one of the first people to boycott Goya and "go against her own people," adding that she is 'naive' when it comes to her support of policies like the Green New Deal.

A look at the history of Goya Foods

The Goya Foods brand is a staple in the Latin community. Today it's the largest, Hispanic-owned food company in the world.

His latest comments come as Goya has doubled its production with an $80 million facility in Texas to meet increasing demand.

Despite the success, Unanue told FOX Business' Maria Bartiromo in an interview last week that he is concerned for the nation.

"We're controlled by social media. Anything that doesn't go along with their agenda and narrative is not permissible," he said on "Mornings with Maria". "We've lost our courage. We are the greatest country on earth but we've lost the freedom and we have to get back to work."

He lamented that politicians have blamed the coronavirus on Trump and "weaponized" it against the American worker. He also argued that politicians should be fired instead of the millions in the restaurant industry who are now unemployed due to COVID-19 restrictions.

"They turned their weapons, in a political year, on the masses," he said. "This is discrimination against the working class. We're not teaching our children. We're not working."

The CEO of Hispanic food company Goya is facing an uproar over his praise for President Donald Trump, with some Latino families purging their pantries of the products and scrambling to find alternatives to the beloved beans, seasoning and other products that have long been fixtures in their cooking.