Peter Chin-Hong, MD, a professor in the UCSF Health Division of Infectious Diseases, speaks with LiveNOW's Andrew Craft about tri-demic concerns regarding COVID-19, RSV and the flu. Dr. Chin-Hong also speaks about the shortage of children's medications across the U.S., and what parents can do if they are in need of medicine that they cannot find.

Vegas Golden Knights defenseman Alex Pietrangelo opened up over the weekend about his 4-year-old daughter’s frightening health scare which caused the Stanley Cup champion to take a nine-game absence as he joined his family to tend to her recovery.

Pietrangelo, 32, rejoined the Golden Knights on Saturday morning and spoke to reporters about his extended absence, revealing that his daughter, Evelyn, came down with the flu over Thanksgiving, which caused her to develop encephalitis, a condition that causes the brain to swell due to infection.

The condition led to a lesion forming on her brain, causing her to lose all motor skills.

NHL LEGEND, 50, SUITS UP FOR CZECH TEAM AFTER ILLNESS KNOCKS OUT HUGE CHUNK OF ROSTER

"She basically lost all motor skills and all function – eating, walking, talking," he told reporters in the locker room. "I’m trying not to get emotional but the first five days she basically couldn’t even open her eyes." 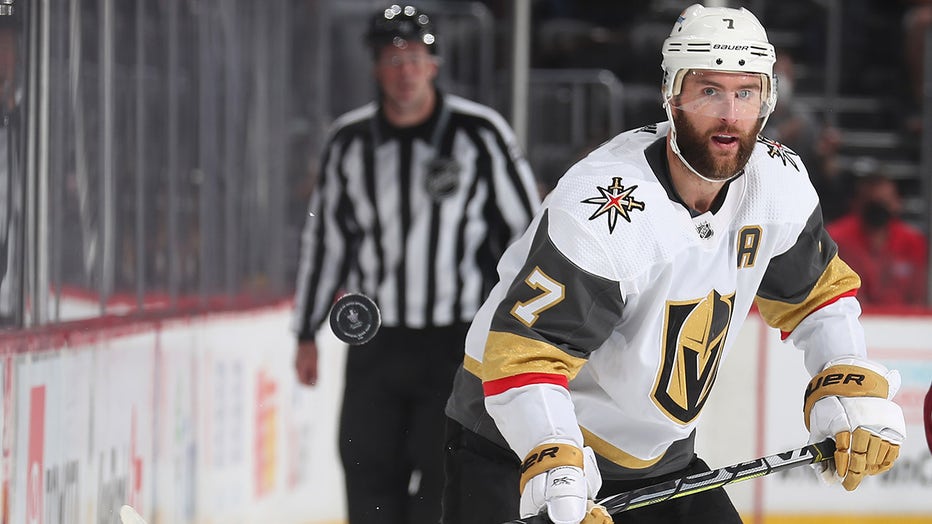 Alex Pietrangelo #7 of the Vegas Golden Knights skates against the Colorado Avalanche in Game Five of the Second Round of the 2021 Stanley Cup Playoffs at Ball Arena on June 8, 2021 in Denver, Colorado. The Golden Knights defeated the Avalanche 3-2 i

After extensive testing and one course of treatment, Pietrangelo said the lesion on her brain was gone after a week.

"I don’t want to say it was a surprise, but that progressed a lot quicker then I guess the original diagnosis," he continued. "They can't really give you a timetable when your precious little girl is going to get better. It's pretty scary for a Mom and Dad, so I said I wouldn't go back to work until I feel comfortable with where she is at home."

Pietrangelo said he told his wife that if their daughter’s recovery even took a year, "so be it."

"There’s more to life than some things. And whether it's this job or another job, I felt like I needed to be there for, not only my family but my wife too."

Pietrangelo said his daughter returned home from the hospital last week and was making a remarkable recovery, even attempting to ride her scooter around the house.

"God answered our prayers, and it's a miracle how much she’s come along in the last 48 hours… There’s still months and months of extensive rehab to get her back to where she was when all of this happened but as a family that’s something we’re gonna have to kind of work through."

Pietrangelo returned to the ice Saturday night against the New York Islanders, when he assisted on Reilly Smith's goal in the third period and played a team high 21:45. He had another assist in Monday night’s loss to the Buffalo Sabres.

Find more updates on this story at FOXNews.com.