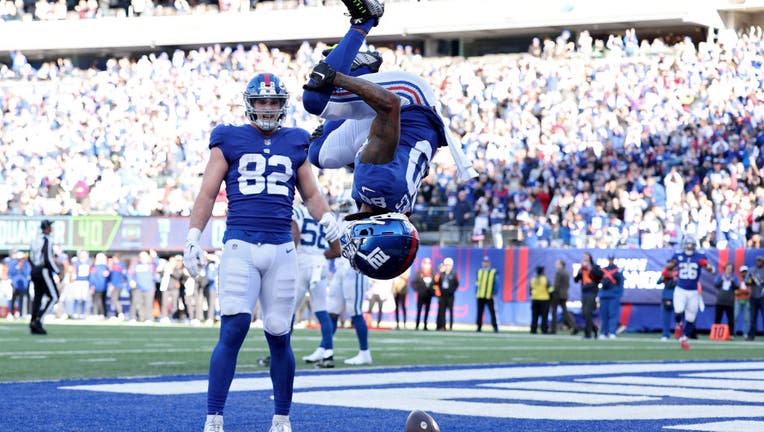 Richie James #80 of the New York Giants celebrates a touchdown against the Indianapolis Colts during the second quarter at MetLife Stadium on January 01, 2023 in East Rutherford, New Jersey. (Photo by Jamie Squire/Getty Images)

EAST RUTHERFORD, N.J. - Daniel Jones threw two touchdown passes and ran for two more and the New York Giants routed the Indianapolis Colts 38-10 Sunday to make the playoffs for the first time since 2016.

Landon Collins, one of two players from the '16 team, broke the game open late in the second quarter with a 52-yard pick-6 as the Giants (9-6-1) put a final stamp on a surprising playoff run. The Giants are the third team from the NFC East to make the playoffs, joining the Philadelphia Eagles and Dallas Cowboys

New York had five straight losing seasons, including a four-win season in 2021 that led to the firing of coach Joe Judge and general manager Dave Gettleman. 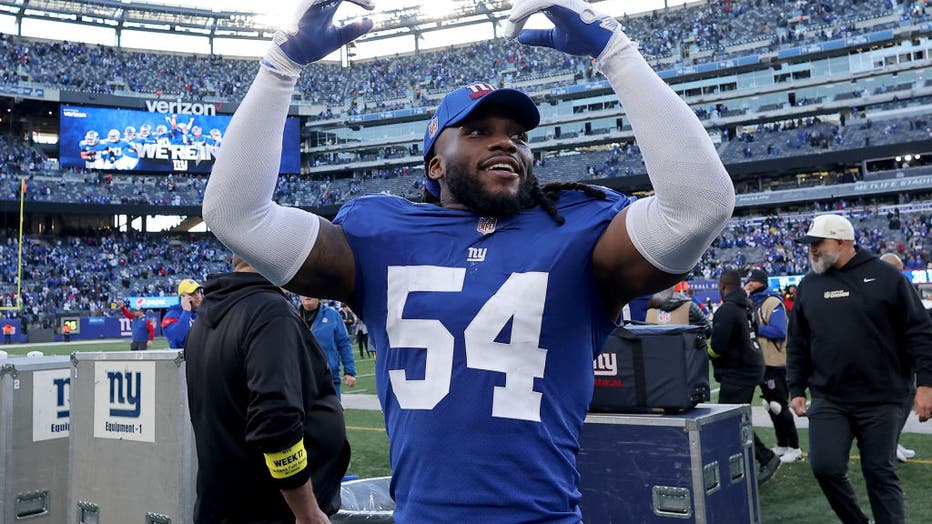 Jaylon Smith #54 of the New York Giants walks off the field after defeating the Indianapolis Colts at MetLife Stadium on January 01, 2023 in East Rutherford, New Jersey. (Photo by Jamie Squire/Getty Images)

Buffalo assistant Joe Schoen was hired as general manager and he chose Bills offensive coordinator Brian Daboll to be the coach, his first head coaching job.

In clinching a playoff spot and sending the Colts (4-11-1) to their sixth straight loss and ninth in 10 games, the Giants looked liked the high-powered Bills where Schoen and Daboll were previously.

Jones, who saw the team not pick up the fifth-year option on his rookie contract when he was the No. 6 overall pick in 2019, played like Bills star Josh Allen. 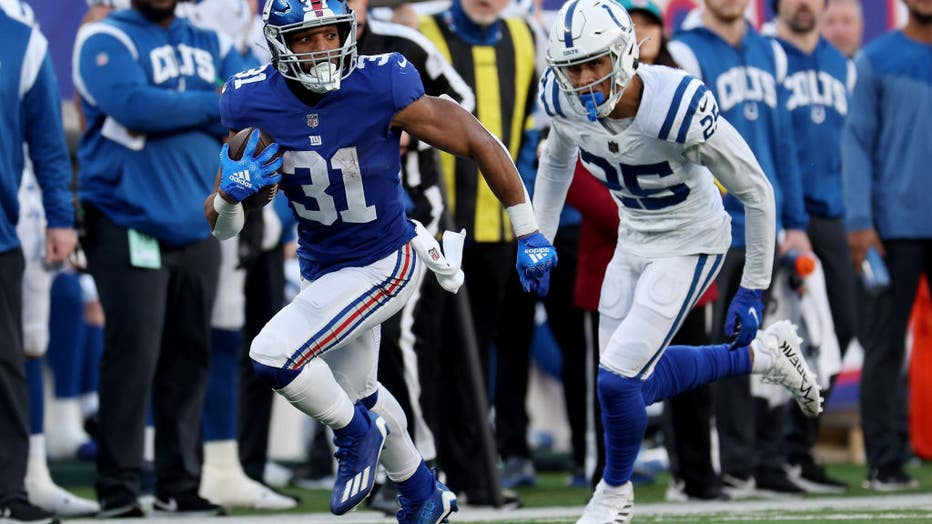 Matt Breida #31 of the New York Giants runs against Rodney Thomas II #25 of the Indianapolis Colts during the fourth quarter at MetLife Stadium on January 01, 2023 in East Rutherford, New Jersey. (Photo by Jamie Squire/Getty Images)

The 25-year-old threw touchdown passes of 6 yards to Richie James and Isaiah Hodgins in the first half and scored on a run of 18 and 10 yards in the second half. He finished 19 of 24 for 177 yards and had 11 rushes for 91 yards.

With the crowd shouting his name, Jones left the field to a standing ovation with about 7:30 remaining in the game. 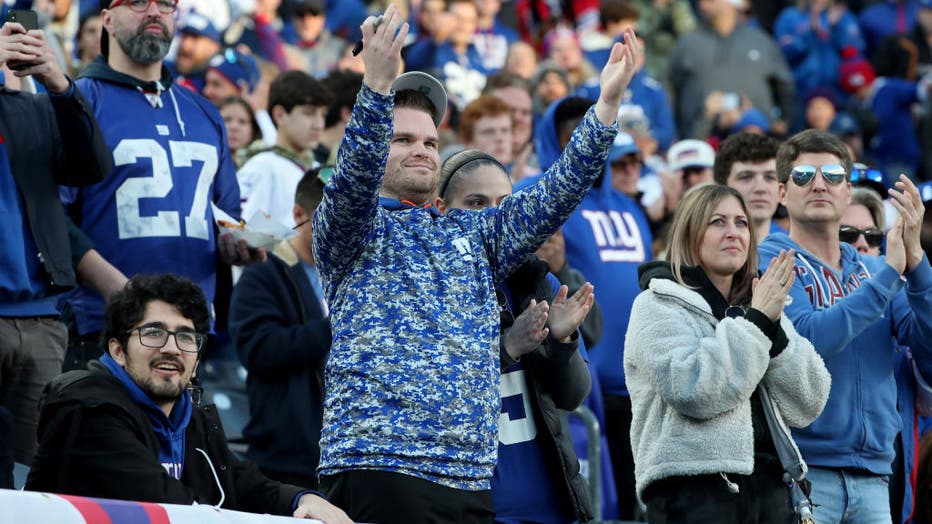 The only negative for New York was seeing rookie Kayvon Thibodeaux doing snow angels after sacking and injuring Colts quarterback Nick Foles late in the second quarter. Foles walked off the field, but he was taken to the locker room on a cart. He did not return.

Sam Ehlinger played the second half and threw his first NFL TD pass, a 6-yarder to Michael Pittman.

Colts: In addition to Foles, cornerback Brandon Facyson left the game with a concussion.

Giants: DL Leonard Williams left the game in the second half with a stringer.

Colts: Host Houston on Sunday in the regular-season finale.

Giants: Travel down the New Jersey Turnpike to face the Eagles in Philadelphia.