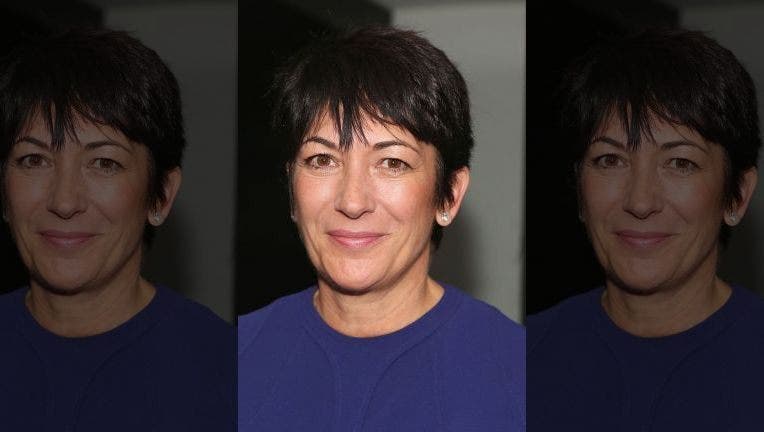 NEW YORK - A Ghislaine Maxwell trial juror who indicated during jury selection that he'd never been a sexual abuse victim will be questioned by the trial judge in court, after demands for a new trial by defense attorneys sprouted from his public claims that he'd influenced fellow jurors by revealing he was a child sex assault victim.

She also said she rejected requests by Maxwell’s attorneys that she immediately order a new trial and that she question other jurors, after a second one reportedly revealed during deliberations having suffered a childhood sexual attack.

A copy of the first juror's questionnaire answers, filed publicly Thursday, showed a man identified in court papers only as "Juror No. 50" checked the "No" box to a question asking if he or a friend or family member had ever been the victim of sexual harassment, sexual abuse or sexual assault. The question said it "includes actual or attempted sexual assault or other unwanted sexual advance, including by a stranger, acquaintance, supervisor, teacher, or family member."

The juror's questionnaire was attached as an exhibit to the newly unsealed Jan. 19 request for a new trial by Maxwell's lawyers. They noted that all other jurors also said they were not victims of sexual abuse, assault or harassment.

"Truthful answers from Juror No. 50 would have led the Court and the parties to probe much more deeply into his biases and prejudices, both known and unknown. Had that happened, the record shows that he would have been removed as a potential juror," the lawyers wrote.

Maxwell's lawyers said the juror answered other questions falsely, including one asking whether he'd ever been a crime victim.

In a Feb. 2 submission unsealed Thursday, prosecutors said there was substantial reason to believe that any inaccuracy by the juror was "an honest mistake, not a deliberate falsehood."

The British socialite Ghislaine Maxwell has been convicted of helping lure teenage girls to be sexually abused by the late Jeffrey Epstein. The verdict announced Wednesday capped a monthlong trial featuring accounts of the sexual exploitation of girls as young as 14. Jurors deliberated for five full days before finding Maxwell guilty of every count except one. She faces years in prison.

Maxwell, 60, remains incarcerated after she was convicted of sex trafficking, among other charges, during a December trial in which she was portrayed as the chief recruiter of teenage girls for financier Jeffrey Epstein to sexually abuse. Prosecutors said she also sometimes joined in the abuse.

In interviews with news outlets after the trial, the juror said he revealed to fellow jurors during deliberations that, like some Epstein victims, he'd been sexually abused as a child. And he said he convinced other jurors that a victim’s imperfect memory of sex abuse doesn’t mean it didn’t happen.

In their new trial request, Maxwell's lawyers claimed there were multiple reasons to believe the juror intentionally lied, including that he went on a media press tour "to promote himself, his experience as a victim, and his role on the jury."

But prosecutors countered that if the jury had "deliberately lied under penalty of perjury in order to serve on the jury, it would make little sense for him to immediately publicize that fact, thus exposing himself to criminal liability."

In Thursday's order, Nathan said she'd concluded, and prosecutors conceded, that the high standard required to stage a post-verdict evidentiary hearing was met "as to whether Juror 50 failed to respond truthfully during the jury selection process to whether he was a victim of sexual abuse."

She said the juror "made several direct, unambiguous statements to multiple media outlets about his own experience that do not pertain to jury deliberations and that cast doubt on the accuracy of his responses during jury selection."

She added: "To be clear, the potential impropriety is not that someone with a history of sexual abuse may have served on the jury. Rather, it is the potential failure to respond truthfully to questions during the jury selection process that asked for that material information so that any potential bias could be explored."

Meanwhile, a Jan. 10 submission to the judge from a lawyer for "Juror No. 50" also was unsealed Thursday.

In the letter, attorney Todd Spodek asked the judge to release to attorneys the written juror questionnaire that his client had filled out as the trial began.

Spodek said the juror does not recall answering questions during jury selection about his prior experience with sexual assault.

Spodek said the juror wanted to protect his privacy rights and his right to avoid self-incrimination.

Spodek did not immediately respond Thursday to a request for comment.

Maxwell has been behind bars since her July 2020 arrest. Epstein, 66, was arrested a year earlier on sex trafficking charges, but he took his life in a Manhattan federal lockup in August 2019.

Jane Rosenberg was one of the artists who illustrated the trial of Ghislaine Maxwell with dozens of sketches, which appeared in FOX 5 NY's coverage. Rosenberg talks about her experience in the courtroom.