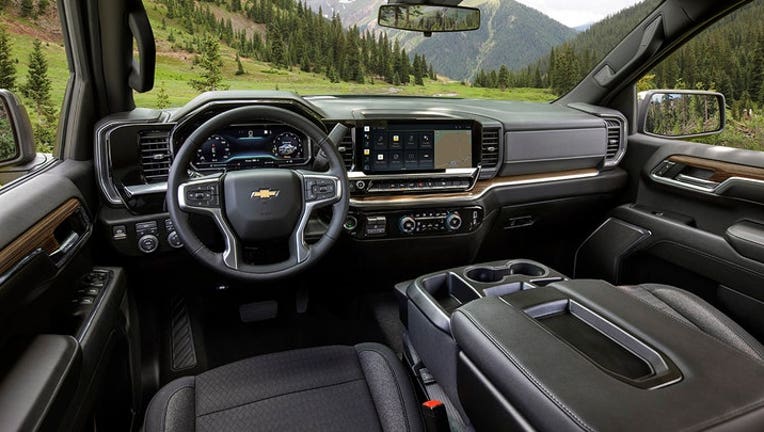 Heated seats and steering wheels will not be available on several Chevy trucks in 2022. (Chevrolet)

NEW YORK - The semiconductor shortage is having a chilling effect at GM.

The automaker has confirmed that it is removing the heated seat option from several 2022 models to help conserve its supply of semiconductor chips for more critical components and increase the number of complete vehicles it is able to produce.

The Chevrolet Colorado, Blazer, and Silverado along with the GMC Canyon, Terrain, and Sierra are among the affected vehicles, while the luxury Silverado and Traverse High Country and GMC Sierra and Acadia Denali will still offer them.

Every effort was made to protect as much as possible," a GM spokesman told Automotive News. "That's why only certain trims are impacted."

According to a recent survey by AutoPacific, heated seats are the most-wanted feature among car buyers, with 60% saying they are a must-have.

Ventilated seats and heated steering wheels will also not be offered on the affected vehicles, and the latter will be removed from the options list on Chevy and GMC's full-size SUVs.

The chip-conserving effort is the latest by GM, which earlier this year eliminated fuel-saving cylinder deactivation technology and an engine idle-stop function from a number of truck models and delayed the availability of its hands-free Super Cruise technology on 2022 model year Cadillac Escalades.

Other automakers, including BMW, Porsche, and Tesla, have taken similar steps this year in trimming options that require semiconductor chips, like touchscreens, multi-adjustable seats, and USB ports.