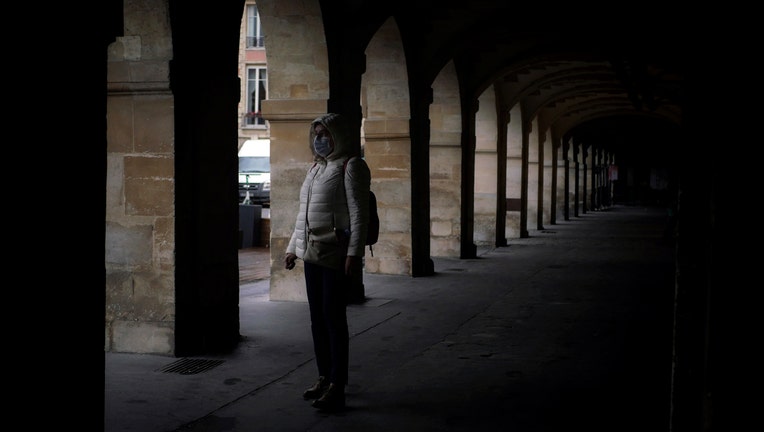 With over 520 deaths recorded Tuesday, the French leader said the measure that will come into effect Friday would be the only possible way to successfully fight COVID-19.

"We are submerged by the sudden acceleration of the virus," he said in a nationally televised address. France has been "overpowered by a second wave."

All France's restaurants, bars and non-essential businesses were ordered shut down starting Friday, and Macron said people should return to full-time remote work wherever possible, but said factories, farms and construction sites could continue working. He said unlike in the spring, this time nursing homes will remain open to visitors when possible, and cemeteries will be open so that people can hold in-person funerals.

The French government is scheduled to lay out the full details of the new lockdown on Thursday.

Macron said that France needs to put on the "hard brakes" on the circulation of the virus to protect the country's most vulnerable. A stay-at-home order, similar to the March lockdown had been the preferred solution by French scientists. But it had been a guessing game in France if the president would cede to those voices, or choose a more moderate path.

"Nothing is more important than human life," Macron said, noting that France has one of the highest coronavirus rates in Europe currently.

French markets fell Wednesday on expectations of some kind of lockdown, and economists warn that a full lockdown could impact Europe more broadly if other European countries hit hard by rising infections follow France's lead.

Many French doctors urged strict confinement, noting that 58% of the country's intensive care units are now occupied by COVID patients and medical staff are under increasing strain.

Dr. Karim Debbat, head of intensive care at the Joseph Imbert Hospital in the southern city of Arles told The Associated Press on Wednesday that his service has no more space because of a rise in COVID patients.

While he said his staff now have more knowledge of the virus than during the spring, half of the hospital's non-urgent surgeries have been canceled and there's not enough personnel to deal with a real crisis.

"I'm like a coach with no substitutes," he said. "We're walking a tightrope, and unfortunately I don't think we'll be getting outside help since all of the regions are affected and each hospital is going to hold (onto) its staff because we're all affected."

France's confirmed virus-related death toll so far is 35,785, the world's seventh-highest. France has for weeks been reporting tens of thousands of new infections per day and is now recording more than 380 new cases each week per 100,000 people.

France saw a rise in infections over the summer but virus hospitalizations and deaths stayed low, so the government encouraged people to return to school and work. As hospitals came under new strain, the government imposed modest measures such as closing bars and curfews over the past several weeks but Macron said they weren't working.

"We need each other" to make the new lockdown work, Macron said, appealing for unity amid a tense and fractious year. "We'll make it, all of us together."

Daniel Cole in Arles and Angela Charlton in Paris contributed.