Fotis Dulos remains at Jacobi Medical Center where he is being treated for carbon monoxide poisoning. His lawyer said Dulos' condition is "dire." Some of his family members from Greece are expected to visit him this week. Dulos is accused of killing his estranged wife. Reported by Sharon Crowley

A Connecticut man charged with murder in the death of his long-missing wife is in dire condition following an apparent suicide attempt, his lawyer said Wednesday.

Fotis Dulos, who had been facing the threat of having his bond revoked, was taken to a New York hospital for treatment of carbon monoxide poisoning after being found unresponsive Tuesday inside a vehicle in the garage of his Farmington, Connecticut, house.

"Candidly his medical condition is dire," defense attorney Norm Pattis told reporters after a court hearing Wednesday in Stamford related to the bond for Dulos.

After emergency responders found Dulos in medical distress, Pattis and others initially said that he was dead. Pattis later said he was told his client had a pulse.

Dulos was taken to the hospital in critical condition and transferred to the Jacobi Medical Center in New York City. A hospital spokeswoman said Wednesday she could not share information on his condition.

Officers had gone to check on Dulos around noon Tuesday at his house because he was running late for a bond hearing in the murder case. Pattis told NBC News that his client was facing "devastating news" that his $6 million bond could have been revoked and he could be sent to jail to await trial.

A lawyer for Fotis Dulos said his client is in critical condition at Jacobi Medical Center in the Bronx after attempting to take his own life. Norm Pattis said he didn't see any signs that Dulos would attempt suicide. Reported by Sharon Crowley

Mark Motuzick, who works at Capitol Bail Bonds in Hartford, said Fotis Dulos called him Tuesday morning and asked whether the company could take over the bond. Motuzick said Dulos sounded out of breath when Motuzick called him back around 10:30 a.m. and said taking over the bond would not be easy and would require the court's approval.

The company that originally posted the bond had learned that two properties offered as collateral, including the Farmington house, were subject to foreclosure and a third was overvalued by over $300,000.

Pattis said relatives of Dulos are traveling to the U.S. from Greece and he was awaiting guidance from doctors on what kind of medical recovery can be expected.

Last week, a judge revised Dulos' house arrest conditions, eliminating his ability to leave his house to go to work. Dulos, who was under GPS monitoring and had to surrender his passport, was still allowed to go to church, attend medical appointments and meet with his lawyers. 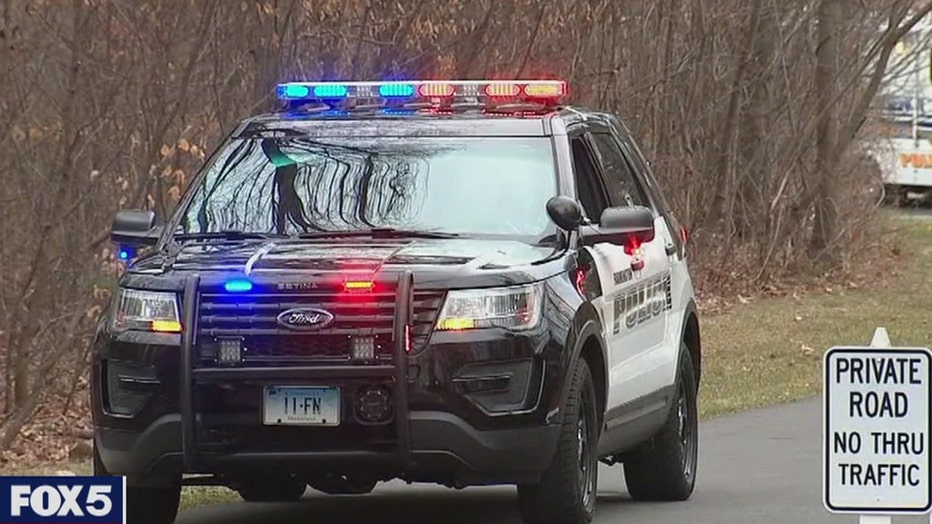 Dulos and his wife, Jennifer Dulos, were going through bitter divorce and child custody proceedings when she vanished months ago. He has denied any role in the disappearance of his wife, who hasn't been seen since she dropped their five children off at their New Canaan school in May.

The children, who ranged in age from 8 to 13 when their mother vanished, have been staying with their maternal grandmother in New York City.

Fotis Dulos, 52, pleaded not guilty this month to murder and kidnapping charges.

Police allege Fotis Dulos lay in wait at Jennifer Dulos' home in New Canaan for her to return after dropping the children off. Authorities say Fotis Dulos attacked the woman in her garage, leaving behind a bloody crime scene, and drove off with her body, which has not been found.

Fotis Dulos' former girlfriend, Michelle Troconis, and his friend, attorney Kent Mawhinney, are both charged with conspiracy to commit murder. Police said they helped Fotis Dulos try to cover up the killing, including by creating bogus alibis.