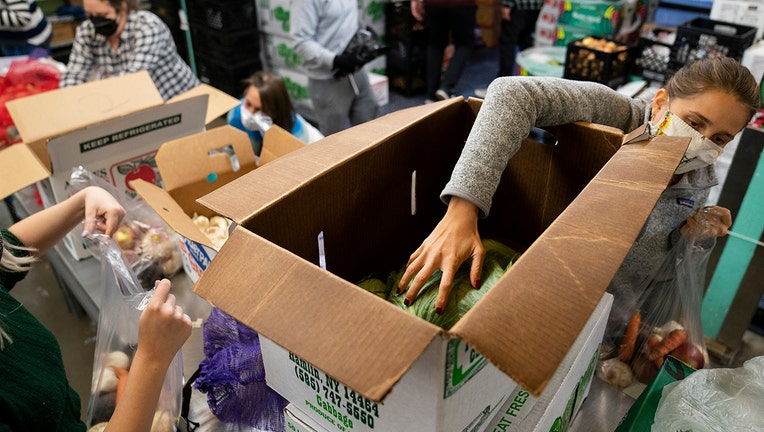 Inside the bustling New York Common Pantry, people hustle to assemble bags of carrots, apples, potatoes and other items. Outside the food pantry, others haul deliveries or hand out produce to people lined around the block of the Manhattan-based charity.

Randi Goldstein, 43, was one of the volunteers that day, there with her co-workers from a talent and literary agency to lend a helping hand for the holidays. Like many Americans, they've been working from home since the pandemic first hit and had been feeling disconnected.

Volunteering together was one way to reconnect, despite lingering concerns about what the omicron variant may bring. Cases have been reported in many states, but scientists cannot yet say whether it is more dangerous than previous variants.

"I'm worried about it," said Goldstein, a talent agent. "But I think we're at a point where you also have to one day start living your life as safely as you can."

More people are volunteering at the pantry this holiday season compared to the last, when vaccines weren't yet widely available. But the numbers still fall short compared to the number of people who gave their time prior to the pandemic. The same is happening at other charities, though the new variant has brought more uncertainty about what looms ahead.

One out of four Americans volunteers, performing billions of hours of service annually, according to the Bureau of Labor Statistics. The most common among them is collecting, preparing, distributing or serving food.

In Colorado, Teresa Dilka, a 68-year-old retired nurse, started volunteering at the Food Bank of the Rockies a couple of months ago, only after getting her COVID shot. She says she used to give money to the Denver-based food bank, but her income dwindled when her mother died. So she stopped donating money, and started donating her time instead.

"Sometimes it seems like it's helping me more than I'm helping them," she said. "It just feels good to be able to help."

At the Arizona-based St. Mary's Food Bank, one of the largest in the country, volunteering hasn't declined since news about omicron came out, said Jerry Brown, a spokesperson for the organization. Many of their volunteers had just returned during this year's holiday season following last year's big drop-off, when their volunteer staffing dwindled from about 200 to only 30 per shift. 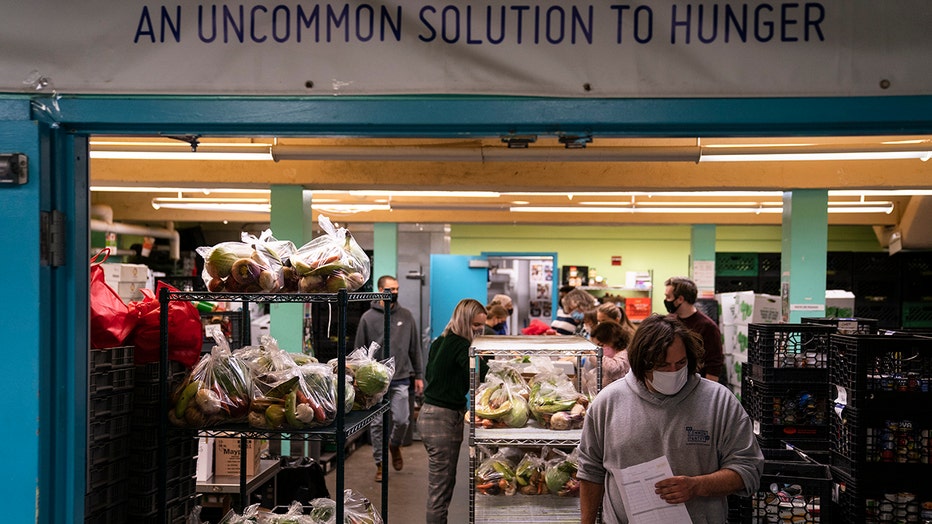 Many who stopped volunteering were seniors, or corporate employees who stayed away when their companies transferred to remote work. Brown said the food bank was only able to continue distributing 250,000 meals daily because the Arizona National Guard stepped in to help assemble food boxes and load them onto trucks. The charity's accountants and other employees were also called in for support since the demand was just too high.

"One thing the pandemic has surely taught us is: Never take the volunteer spirit and how important it is to us for granted," Brown said. Before the pandemic, he said sometimes he wouldn't notice the hundreds of volunteers packing boxes because they were there every day.

"But since the pandemic, we all make a greater effort to make eye contact, smile, wave and thank them," he said. "We're grateful because we all know what it was like here without them."

A spokesperson for Feeding America, a nonprofit organization that coordinates the efforts of more than 200 food banks across the country, said an internal survey the group conducted in September showed 127 food banks in its network still needed volunteers.

Outside Chicago, large groups of corporate and church volunteers who once were a big help to the Northern Illinois Food Bank don't show up as much anymore. However, some individuals who paused volunteering last year have slowly returned, and others who stepped in to fill the gap have stayed, said Shannon Thompson, the organization's director of volunteers. 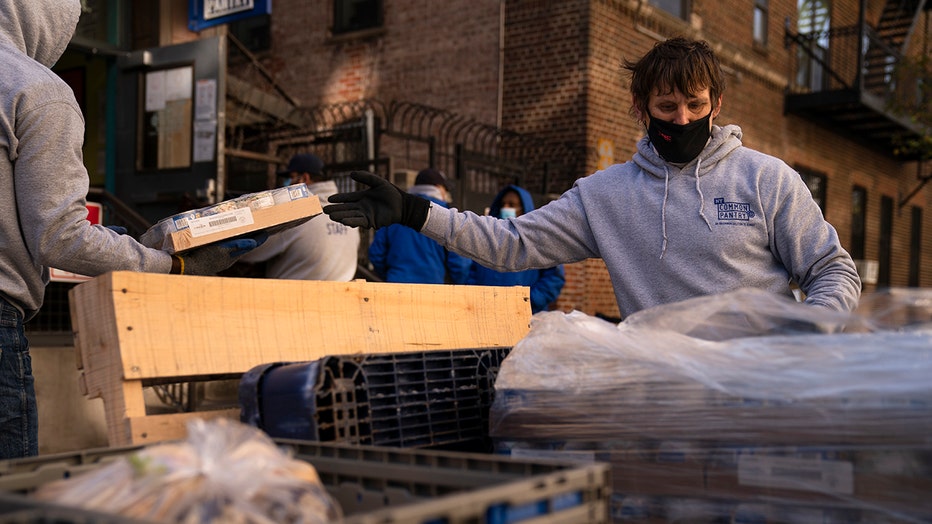 Volunteer Andy Dsida unloads a pallet of canned goods as he and his colleagues package and distribute food for those in need at New York Common Pantry on 109th Street, Wednesday, Dec. 1, 2021, in New York City. (AP Photo/John Minchillo)

That slow and steady uptick of volunteers comes as Americans feel less anxious about resuming prior activities and charities are more comfortable staffing their warehouses, a trend that may change depending on findings about the severity of omicron.

But for now, volunteering slots are full for the month of December at the Regional Food Bank of Oklahoma, which distributes food to community organizations in 53 counties in the state. Cathy Nelson, a spokesperson for the organization, said they resumed offering volunteering in April after pausing it for a year to reduce potential exposure to the virus.

"It was not an easy decision to make," she said, adding the food bank had hired temporary employees to make up for the loss, which cost them an additional $15,000 a week.

Their current shifts are limited to 80 people, down from 150 prior to the pandemic. Masks are required. Vaccinations are not.

Sign-ups to volunteer have spilled into January, though Nelson said she is encouraging more people to volunteer after the holidays, when charities usually see a drop-off in people lending a hand.

The pandemic, in many ways, has forced charities to innovate and offer virtual or remote volunteering options. But those options can be limited for food banks, who need more hands-on help.

"That's really been the lifeblood of how food banks and agencies move food to their communities," said Lauren Biedron, Feeding America's vice president of corporate partnerships.

Virtual volunteering is relatively new for the organization and its network, she said. But it's been attempting to tap into a pool of people that exclusively want to do things from home by holding webinars people can participate in, and encouraging them to call public officials and advocate for policies it supports.

The needs are different at the New York Common Pantry, where you can routinely find Andy Disda, 53, hauling boxes in and out of the building. Unlike many who stayed away when the pandemic hit, he jumped in to help when the need was acutely high. He said it helped him feel he did something positive with his day during a time of much hopelessness.

"That's somewhat addictive," he said. "There wasn't a whole lot going on where you got that feeling, and volunteering is one of those things that gave it to me."

The Associated Press receives support from the Lilly Endowment for coverage of philanthropy and nonprofits. The AP is solely responsible for all content.