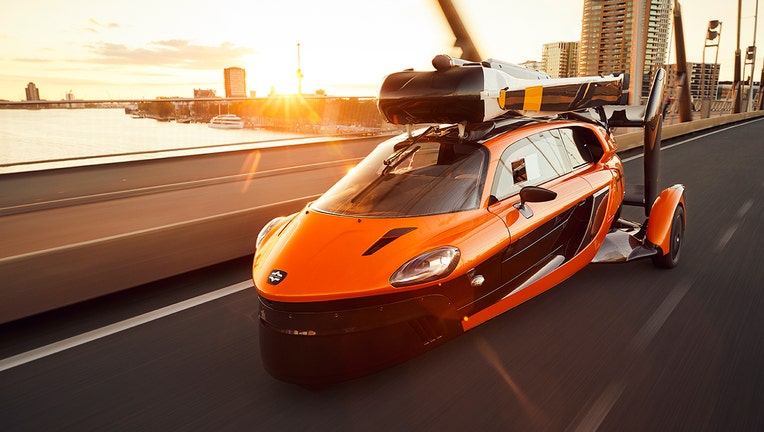 NEW YORK - A flying car is now street-legal in Europe.

Dutch flying car company Pal-V says its "Liberty" has been approved for use on roads in the European Union.  It is a three-wheeled, two-seater car and gyroplane rolled into one. Pilots will need a pilot's license to fly one.

It claims to hit land speeds up to almost 100 miles per hour and fly at drive at up to 112 miles per hour.  The company says it can fly for more than 300 miles on a single tank of fuel. 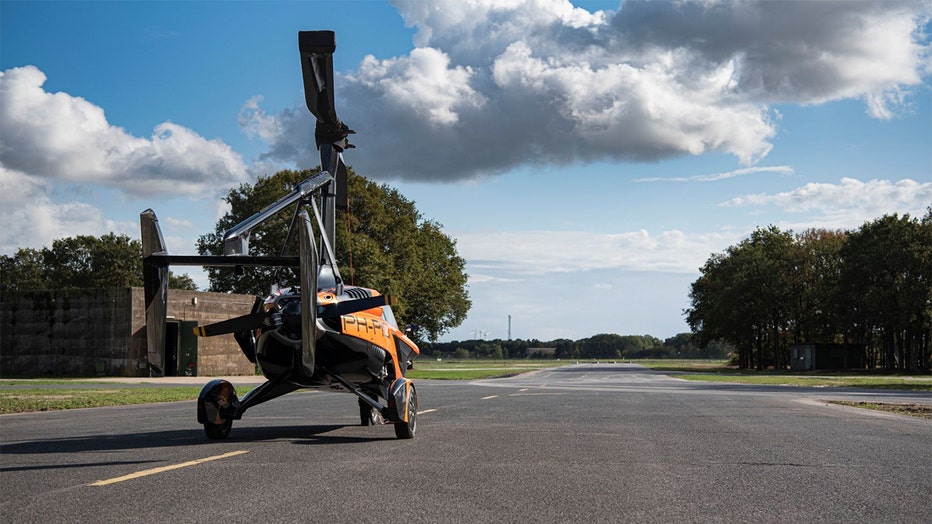 After landing the rotor and propeller fold away and the tail retracts to make it a driveable vehicle.  The process takes about 10 minutes.

The company began flying and driving tests in 2012.

Pal-V says Iron Maiden singer Bruce Dickinson, who is a pilot, is one of the company's early customers.

The company won't disclose how many orders they've received but says it has enough to keep its small factory in the Netherlands busy for about two-and-a-half years.

Pal-V is now hoping to achieve aviation certification with the European Aviation Safety Agency.  It started that process in 2015.

The firm hopes to pass that hurdle in time to begin deliveries in 2022. 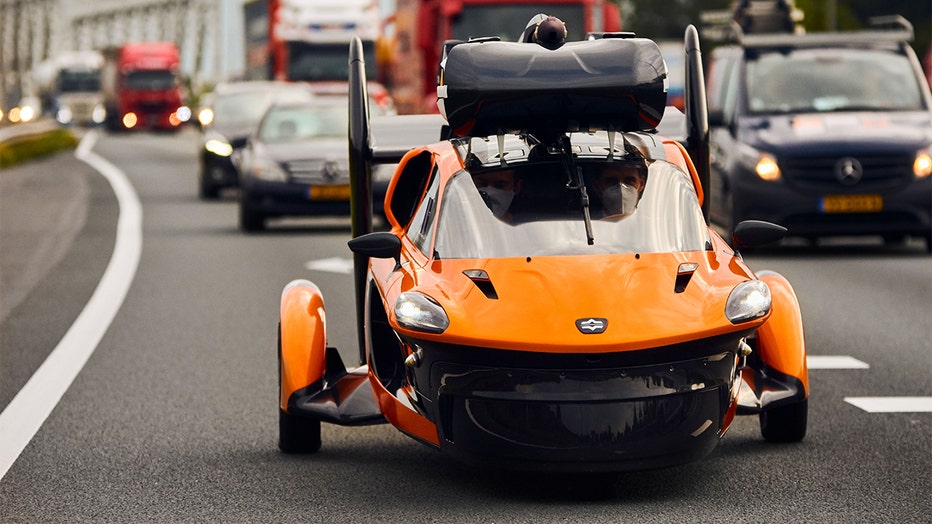