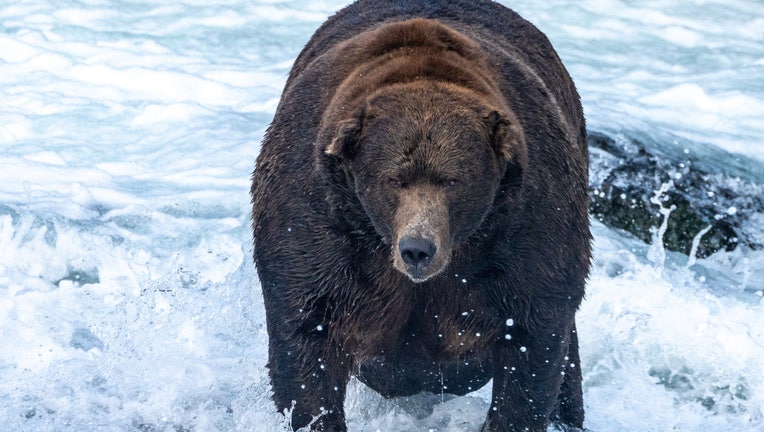 Starting in 2014, Fat Bear Week is a beloved internet event where bears of the Katmai National Park, Alaska are compared against one another to see who has gained the most weight in preparation for hibernation. Bear #480 "Otis" has been a four-time champion of the competition, but this year pitched returning 2020 champion 747 against young female upstart 901.

Footage, filmed by Brighton Peachey, shows a bear stalking the family along a hiking path.

747, keeping his number as a nickname in reference to the Boeing 747 Jet, was first identified in 2004 at only a few years old. In the succeeding decade, 747 has become a proficient angler and has regularly fought off male challengers for prime fishing locations.

"Although dominant bears can maintain their rank in the hierarchy through aggression, 747 typically keeps his status by sheer size alone," said Katmai National Park. "Since then, he has become one of the largest brown bears on Earth, perhaps weighing as much as 1,400 pounds."

901, a golden brown she-bear, was first identified in 2018 at the age of 2 and a half. She has regularly hunted throughout Brooks River and some park rangers suspect she is preparing to bear a litter of cubs. 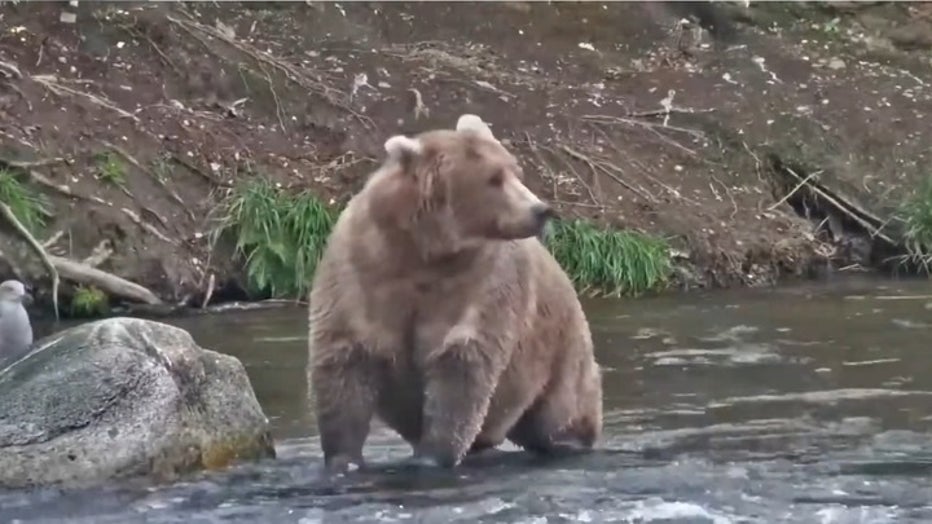 "After mating in late spring or early summer, a female bear experiences delayed implantation. Any fertilized eggs do not implant in her uterus until she retires to her den in the fall," said Katmai National Park. "Cubs are born in mid-winter while mom hibernates. Female bears with too little body fat at the start of hibernation are unlikely to give birth."

Watchers of Fat Bear Week were rocked by a scandal over the weekend when the Katmai National Park twitter unveiled that spam votes had attempted to sway the election between 747 and 435.

"It appears someone has decided to spam the Fat Bear Week poll, but fortunately it is easy for us to tell which votes are fraudulent," The national park stated. "We have discarded the fake votes." Despite the fraud, 747 won the election and advanced to the championship.

Katmai brown bears are at their largest in the late summer when their preparations for hibernation begin to wind down. These preparations include feasting on the most nutrient rich food they can get their paws on which, in Katmai’s case, is the salmon of the Brooks River. Brown bears are not considered an endangered species but great effort still goes into their preservation and well-being.

747’s victory makes this the second time he has won the competition.