Elon Musk, the richest person on earth, offered to sell $6 billion worth of Tesla stock "right now" and donate the proceeds to the United Nations’ food agency if it could show how the money would help "solve world hunger."

The CEO of Tesla made the statement on Twitter in response to a CNN interview last week with U.N. World Food Programme Executive Director David Beasley, who challenged Musk, Amazon founder Jeff Bezos and other billionaires to step up on "a one-time basis" to help end starvation.

Beasley said billionaires could give "$6 billion to help 42 million people that are literally going to die if we don’t reach them."

"It’s not complicated," he added.

That money would be approximately 2% of Musk’s fortune, nearly $300 billion, according to Forbes. His wealth and the wealth of many American multi-billionaires has grown quickly during the COVID-19 pandemic, thanks to increased stock and home equity, even more than before the virus struck.

"If WFP can describe on this Twitter thread exactly how $6B will solve world hunger, I will sell Tesla stock right now and do it," Musk wrote Sunday on Twitter.

"But it must be open source accounting, so the public sees precisely how the money is spent," the SpaceX founder added. 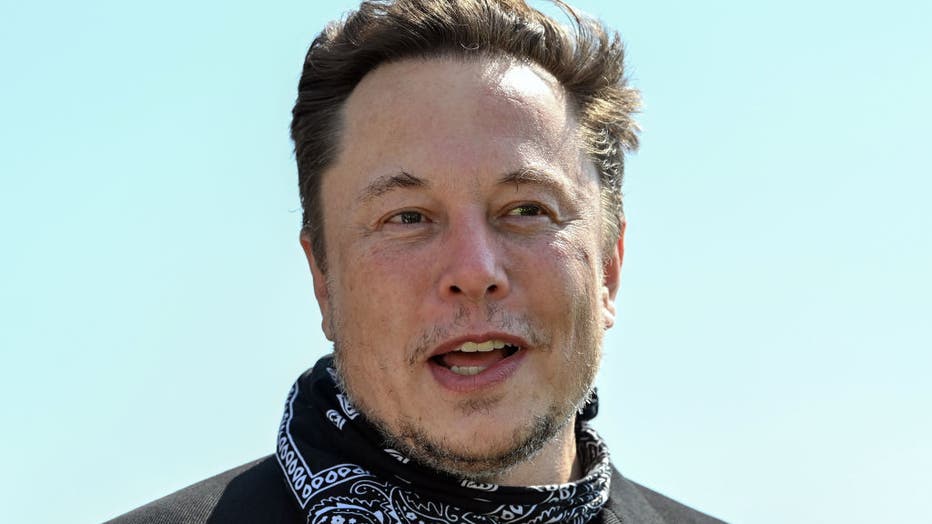 FILE - Elon Musk, Tesla CEO, stands at a press event on the grounds of the Tesla Gigafactory on Aug. 13, 2021, in Grünheide, Germany. (Photo by Patrick Pleul/picture alliance via Getty Images)

In 2020, the agency received $8.4 billion in donations, which it says was $5.3 billion short of its requirements. Its top donors include the United States, Germany and the United Kingdom.

Beasley responded to Musk’s tweet, writing: "Headline not accurate. $6 billion will not solve world hunger, but it WILL prevent geopolitical instability, mass migration and save 42 million people on the brink of starvation. An unprecedented crisis and a perfect storm due to Covid/conflict/climate crises."

He also offered to meet with Musk to discuss the topic.

"Let’s talk: It isn’t as complicated as Falcon Heavy, but too much at stake to not at least have a conversation. I can be on the next flight to you. Throw me out if you don’t like what you hear," Beasley wrote.

"Please publish your current & proposed spending in detail so people can see exactly where money goes," Musk said in a Twitter reply. "Sunlight is a wonderful thing."

It remained unclear on Tuesday whether a meeting will be set.

Musk’s wealth made headlines last week after it was announced that Hertz ordered 100,000 Tesla cars.

Hertz said it will buy 100,000 electric vehicles by the end of 2022 as part of an ambitious plan to offer the largest fleet of electric rental vehicles in North America. The order sent Tesla shares soaring nearly 13% to a record closing price of $1,024.86, and pushed the world's most valuable automaker's total market value to just over $1 trillion.

Musk’s personal fortune increased by $25.6 billion, Forbes reported. The outlet added that Musk is now worth more than Google co-founder Larry Page (No. 6 richest) and Facebook CEO Mark Zuckerberg (No. 7 richest) combined. He also passed Amazon and Blue Origin founder Jeff Bezos to become the richest person in the world in September.