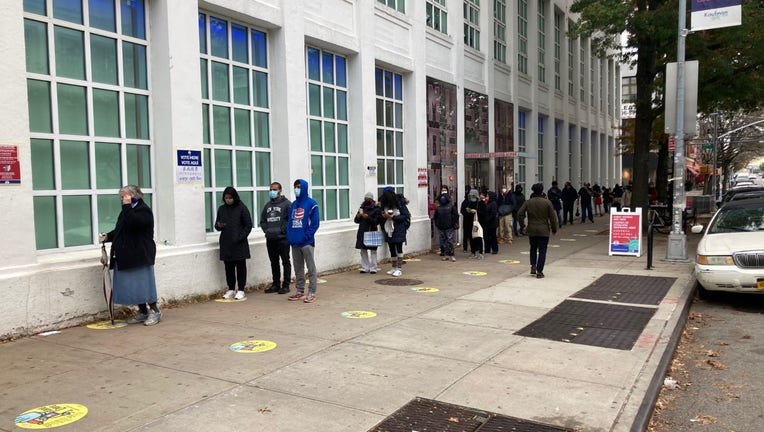 Voters wait in line to vote in Astoria, Queens.

New Yorkers reported wait times of a half-hour or less at many polling places and posted selfies of early voting stickers to social media. The New York City Board of Elections shared a photograph of a 100-year-old voter casting a ballot and wearing a mask.

Statewide, more than 2.2 million people had voted in person through Saturday, according to the New York State Board of Elections, or about 17% of registered voters. On top of that, more than a million voters have returned absentee ballots.

The surge in early voting and votes by absentee ballots comes amid the coronavirus pandemic.

The rush to vote is leading election experts to predict a record 150 million votes cast, with turnout rates higher than in any presidential election since 1908.

New York's overall turnout was projected to top two-thirds of 12 million registered voters. The state did not allow early voting in 2016.