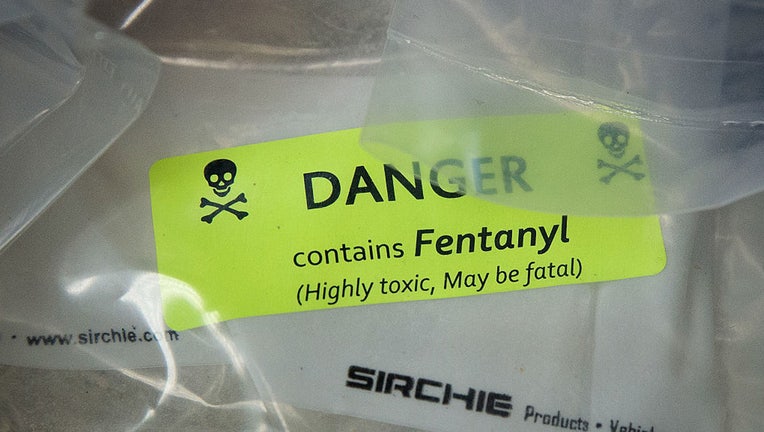 NEW YORK - The Department of Justice announced Wednesday that it had charged eight men in federal court for allegedly distributing fentanyl that has been linked to multiple overdose deaths in the Bronx.

The indictment alleges that the eight defendants were members of a drug trafficking organization that operated primarily from a block on 14nd Street between Brook Avenue and St. Anne's Avenue in the Bronx, where members sold fentanyl in bulk to dealers who then redistributed the drug across the Bronx.

The group frequently used a signature "stamp" on the glassines of fentanyl it sold, often using a "Supreme" logo, before switching to an "Off White" logo and recently, a "Thriller" logo.

Authorities say that despite knowing about the potentially deadly impact of fentanyl, the group continued to sell the drug, and have been accused of providing it to Malik Rahman, who died of an overdose in August 2021. The group is also linked to the overdose deaths of at least six other people between roughly March 2021 to December 2021, two more suspected overdoses, and a ninth fatal suspected overdose in January 2022.

Cabrera, Concepcion, and Borges were arrested Wednesday in the Bronx, Figueroa was arrested in Brooklyn and Ramirez was arrested in West New York, New Jersey. Amaya is already in federal custody, while Capellan and Harris remain at large.

"As alleged, the defendants operated a network for the distribution of highly addictive and dangerous drugs.  Despite knowing about the deadly effects of fentanyl, Cabrera and his crew continued to sell countless doses throughout the Bronx," U.S. Attorney Damien Williams said. " As alleged, glassines stamped with the defendants’ logo were found at the scene of multiple overdoses over the past year.  Today’s arrests are part of our continued commitment, along with our law enforcement partners, to stop the flow of fentanyl onto the streets of New York City and to bring to justice the dealers and suppliers who push this poison."

Cabrera, Amaya, and Concepcion have also been charged with causing the deaths of a victim in connection with the narcotics conspiracy, which carries a mandatory minimum sentence of 20 years in prison and a maximum sentence of life in prison.