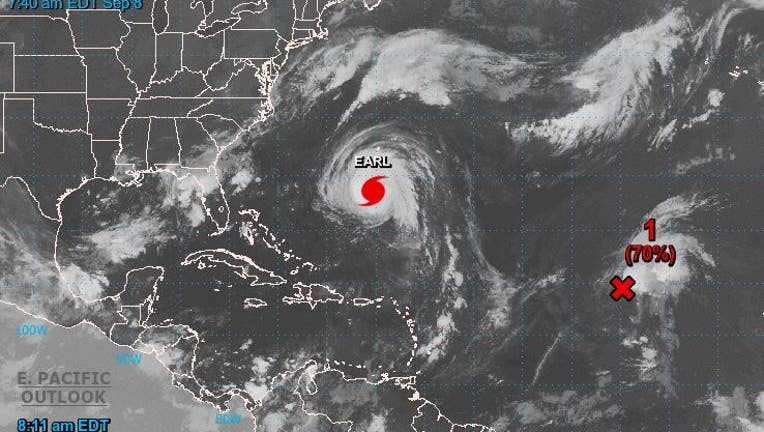 NEW YORK - Hurricane Earl is gaining strength in the Atlantic and is now forecast to become a powerful Category 4 hurricane. While Earl won't have a direct impact on land, New Jersey and New York beaches could still feel the effects of the system.

Swells generated by Earl were built near Bermuda and are reaching the U.S. East Coast.

These swells are likely to cause surf and rip current conditions through the weekend. 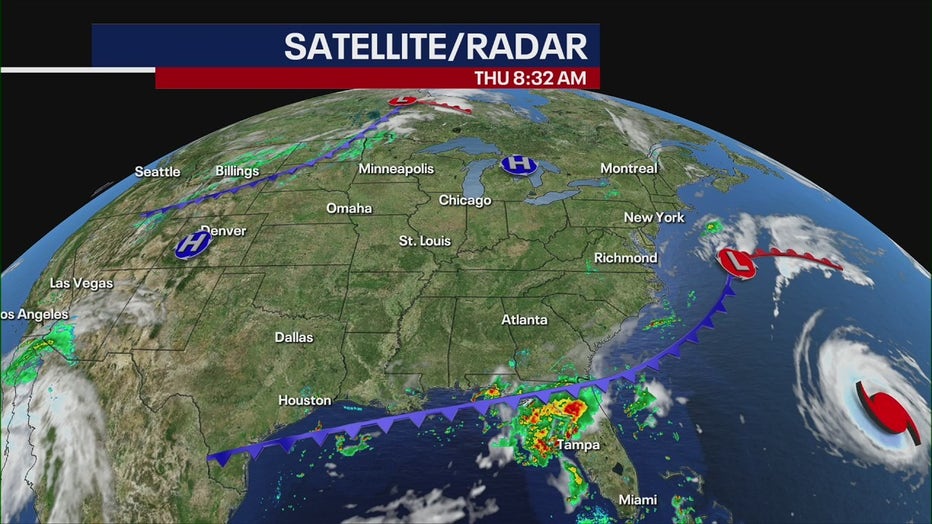 The National Hurricane Center in Miami says that Earl has developed a 20-30 nautical mile-wide eye.

A recent Air Force Reserve Hurricane Hunter flight indicated that the circulation is still tilted toward the east.

Earl is traveling north at about 10 mph and begin accelerating later today with its center forecast to pass 50-100 miles to the southeast of Bermuda during the next 12 to 24 hours.

Additional strengthening is forecast during the next couple of days, and Earl is expected to become a major hurricane later today.

A Hurricane Watch is in effect for Bermuda and a Tropical Storm Warning is also posted.

Earl should then turn northeastward in about 36 hours and reach its fastest forward speed in about 48 hours.

The National Weather Service says New Jersey and the south shore of Long Island beaches will have a high rip current risk Thursday and Friday.

The surf zone is reported to be dangerous for all levels of swimmers. Forecasters say to stay out of the water and to heed the advice of the local beach patrol and flag warning systems.