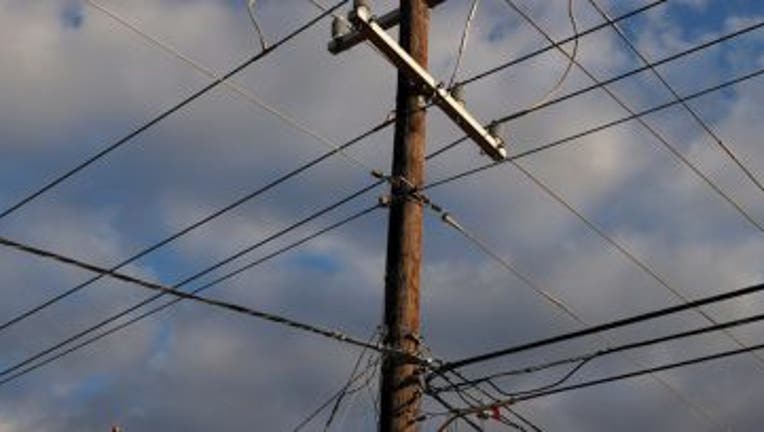 SAND LAKE, Mich. - Fierce winds scoured Michigan on Thursday, knocking out power for more than 150,000 people, ripping a roof off a school and contributing to the electrocution of dozens of cows at a dairy farm.

Tim Butler was emotional as he described how his workers escaped after a power pole landed on the milking barn in Newaygo County.

"The parlor was full of dead cows. ... It’s a miracle they got out," Butler told WOOD.

Wind gusts exceeded 60 mph in western and northern Michigan. The roof at Edgewood Elementary School in Muskegon County was ripped off, though no students were present at the time.

Traverse City canceled school for the day. Shelters were being set up in several communities.

Butler said at least 70 cows died at his farm. Dozens survived, but their injuries were being evaluated.

"A lot of them are hurt bad," Butler said.

Upper Peninsula Power Co. said some customers would not have electricity through the night. High schools in the U.P. canceled some basketball games as rain turned to blowing snow. WLUC lost power for hours before it was restored.