Authorities in Tennessee have issued a warning against picking up folded dollar bills after one was found containing a substance that tested positive for fentanyl. 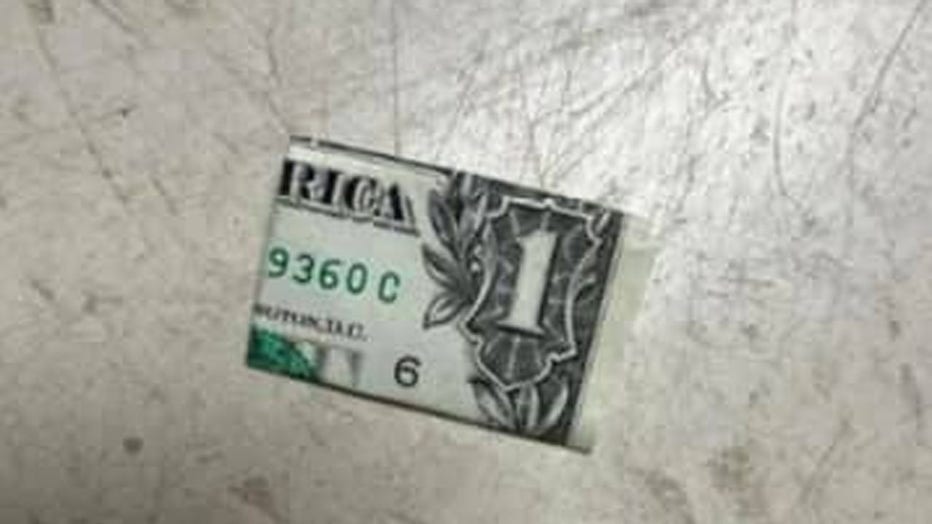 The Perry County Sheriff's Department issued the warning on June 9 after they say two separate incidents of folded money found on the floor at a Perry County gas station were reported.

Investigators say one of the bills was found and picked up by a person who reported finding a white, powdery substance inside.

An Alexandria man has been convicted on charges linked to a 20-year-old woman’s overdose death in Arlington.

Officials say the substance was tested and was found to be positive for methamphetamine and fentanyl.

Several days later, a third instance was reported in Perry County – this time a folded $10 bill was found with a substance on it that also tested positive for fentanyl.

No injuries have been reported at this time. Authorities in Perry County say they do not believe the bills are intentionally being placed in areas around the County and speculate the money was dropped unknowingly.

"This is a very dangerous issue!" the Sheriff’s Department posted online. "Please share and educate your children to not pick up any folded money they may find in or around businesses, playgrounds, etc., without using great caution and even alerting a parent or guardian."

Last year, for the first time, more than 100,000 Americans died of drug overdoses over a 12-month period, according to the U.S. Centers for Disease Control and Prevention, with about two-thirds of those deaths linked to fentanyl and other synthetic drugs.

The Virginia Department of Health reported an overall increase in fatal drug overdoses in 2021 with synthetic fentanyl contributing to the most deaths.