Firefighters come to rescue after dog gets head stuck in door

A dog was rescued by firefighters after its head got stuck in an iron door at a family home in rural Hungary on Oct. 10, 2021, officials said. Credit - Godollo HTP via Storyful

A family dog was rescued by firefighters in Hungary and walked away unscathed over the weekend after getting its head stuck in an iron door.

The dog, named Fules, became stuck on Sunday in the door at a home located in the village of Veresegyház in Pest County, located about 34 kilometers (21 miles) northeast of Budapest.

Footage of the rescue operation was shared on Monday by Hungary’s disaster management agency, showing the animal’s head caught in what appears to be a small hole in the doorway.

Firefighters from the nearby town of Gödöllő responded to the call, who freed the animal’s head from the door using a plate cutter and other technical equipment, according to an English translation of the agency’s post. 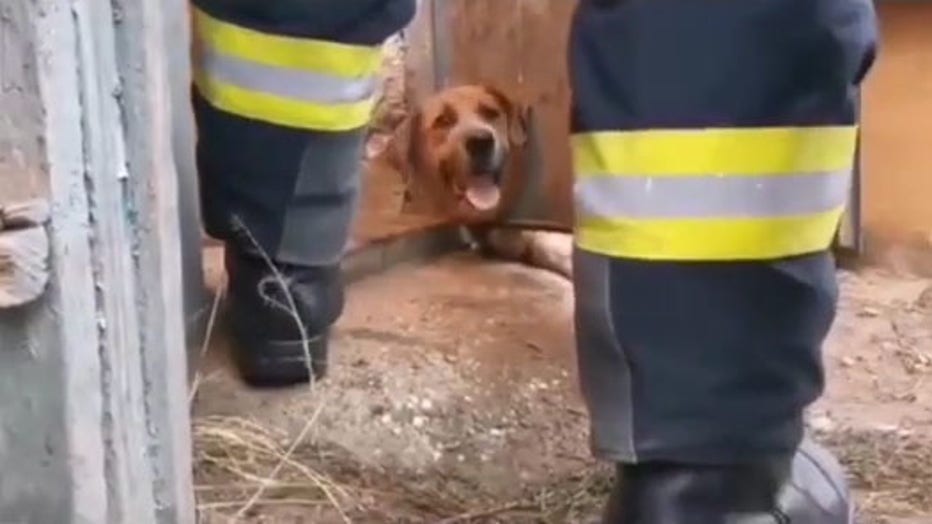 A screengrab from the video shows the dog with its head stuck in an iron door at a family home in rural Hungary on Oct. 10, 2021. Credit: Godollo HTP via Storyful

The video showed Fules eventually being freed from the door. Officials said the animal was unscathed and later reunited with the owner.

Last year, another dog in Louisiana suffered a similar fate after getting stuck under a fence while trying to escape a backyard. The animal tried to squeeze through a small hole dug underneath the fence in a yard near Baton Rouge and had to be helped by firefighters out of the predicament.