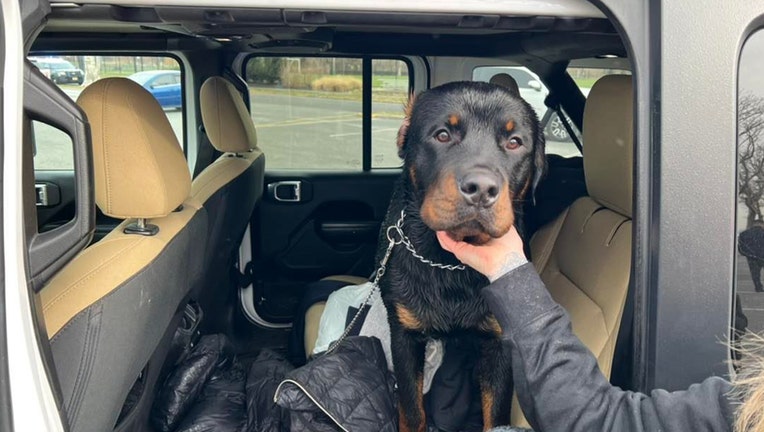 NEW JERSEY - A dog and its owner were back on dry land after they were rescued from the icy waters off a park in Bayonne, said city officials.

On Sunday afternoon, a Rottweiler named Brody jumped into Newark Bay near the bulkhead at Stephen Gregg Park. Brody's owner went in after him and they were both soon in trouble, Mayor Jimmy Davis wrote on Facebook.

Someone alerted a Bayonne police officer who was on patrol nearby. Bayonne Fire, the Hudson County Sheriff's office, Bayonne Office of Emergency Management and an ambulance were called to the scene.

The first responders pulled the dog and the man from the water.

"First off, I want to say how happy I am that both are safe, and I want to thank our brave first responders for their quick action and always working so hard to keep Bayonne safe!" said Davis.

He shared photos of Brody and the scene of the rescue and ended the post with #proudmayor.

According to local news site, TapintoBayonne, the fire department made a daring rescue in December 18 of a dog that also jumped into the waters of Newark Bay.