Doctors in Australia removed a bag of weed that was stuck in a man’s nose, unbeknownst to him, for 18 years, according to a new case report.

SYDNEY - Doctors in Australia removed a bag of weed that was stuck in a man’s nose, unbeknownst to him, for 18 years, according to a new case report.

Physicians said they removed what is known as a nose stone in the case report called: “A nose out of joint: first reported case of prison-acquired marijuana-based rhinolith.”

“Despite experiencing persistent symptoms of nasal obstruction and recurrent sinonasal infections, the marijuana package was only discovered 18 years after insertion following imaging for an unrelated indication,” the case report said. 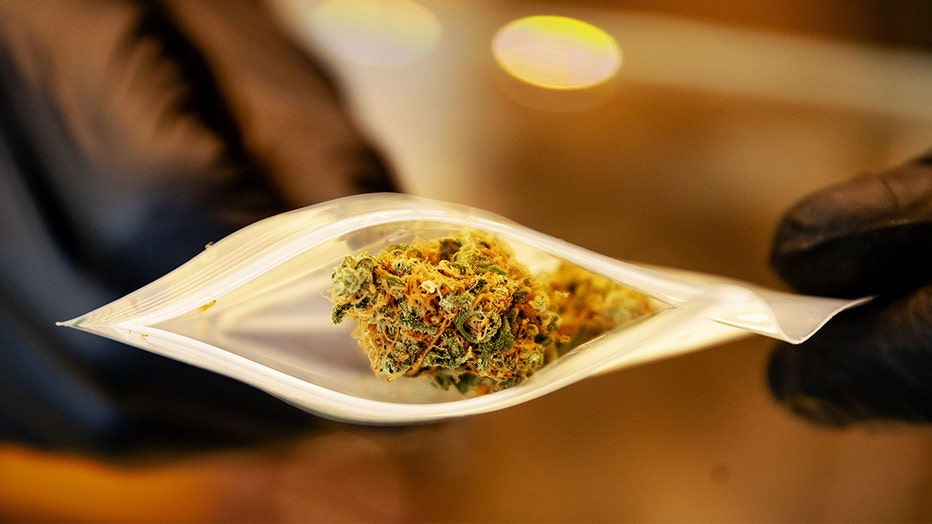 FILE: This photograph taken on April 22, 2019, shows a type of cannabis in a bag at Cremers Coffee Shop in The Hague. (Photo by ROBIN VAN LONKHUIJSEN/AFP via Getty Images)

Murray Smith, a physician at Westmead Hospital in Sydney, Australia, led the team of doctors.

“During a prison visit, the patient’s girlfriend supplied him with a small quantity of marijuana, inside a rubber balloon,” Smith and his colleagues noted in the case report.

The now 48-year-old patient had slipped the package of weed into his right nostril, which successfully hid it from prison guards.

When the man tried to retrieve the bag of marijuana, he accidentally lodged it deeper into his nasal cavity and assumed he had unknowingly swallowed it later, the report said.

“We describe the unique case of a rhinolith that developed from a marijuana-filled balloon that the patient attempted to smuggle into a correctional facility,” the case report said. “After inserting the package into his nostril, the patient then mistakenly believed it had been accidentally swallowed.”

But unbeknownst to him, the joint stayed there for nearly two decades, as the nose weed never made it to the man’s throat. Instead, it developed in a gray calcified lesion, a rhinolith that measured 19 by 11 millimeters.

Smith’s team noted that while smugglers generally swallow drug packages to recover later, the new case report “demonstrates a likely underreported pathology of a rhinolith” for the rare few who carry substances in their nostrils.