Dr. Jessica So, a California-based board-certified dermatologist and mother accumulate thousands of views on her YouTube channel social media pages where she, assisted by her 4-year-old son, recreates surgeries using play dough.

LOS ANGELES - Dr. Jessica So, a California-based dermatologist and mother, has racked up thousands of views on her YouTube channel where she and her 4-year-old son recreate surgeries using play dough.

In one video, which was posted in November, So shows her son how to perform a Caesarian section, helping the play dough patient give birth to its baby: a Spiderman doll. The video has garnered 4.6 million views on her Twitter account and showcases So and her son performing the surgery with precision using plastic instruments.

"This is the fibrous fascia," she says in the video as she guides her son before making an incision with child-safe scissors to reach the "rectus muscle."

Moments later, she explains to her son that they are going to cut through the uterus as he patiently awaits instruction.

He helps her install a plastic makeshift bladder blade to protect the play dough patient’s organs as they continue to perform the operation. The pair expertly cuts through a plastic balloon representing the placenta, before pulling out the Spiderman "baby."

So says the majority of their time is spent preparing for the procedure.

"The preparation includes reviewing the relevant anatomy, learning different surgical approaches, reading about the racial disparities that exist with these procedures, and then ultimately creating a simplified, functional model that a 4-year old can maneuver and have fun playing with," So explained in an email to FOX TV Stations.

She said her son has always expressed interest in learning about her work.

"In many ways, the playdough activities were (and continue to be) originated by my son. He said, ‘I can’t wait to be a surgeon one day, Mommy.’"

Their first operation together was an open gallbladder removal.

Since then, they’ve tackled numerous operations and procedures, including play dough surgeries for femoral nailing, a procedure done by most surgeons to treat a broken thighbone and a coronary artery bypass, all using play dough. 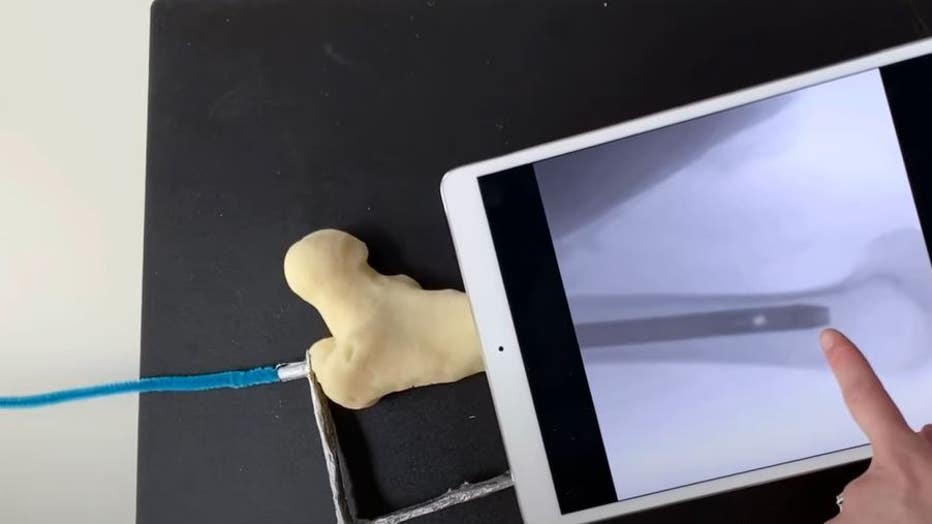 So says she has observed many benefits of watching her son meticulously recreate surgeries.

"I have observed a clear development of his confidence, fine motor skills, self-control, knowledge of anatomy, and problem-solving skills — even beyond my expectation," she explained

Besides the chance to teach her son surgical techniques, she says the best part is the time they spend together learning.

"I also savor this time we connect together, parent and child, and I am able to share my love for my profession. Most importantly, I see that this approach of ‘learning through play’ has nurtured his love for learning and his respect for his own body and others," she said.