U.S. House hearing from federal officials including the FBI Director on how and when the January 6 Capitol attack happened.

WASHINGTON - A Washington, D.C. Metro Police Department officer who suffered a heart attack and other injuries while protecting the Capitol on Jan. 6 blasted a Georgia House representative for his alleged "disgusting" behavior during an encounter on June 16.

Officer Michael Fanone told CNN's Don Lemon on "Don Lemon Tonight," that Rep. Andrew Clyde, R-GA, appeared to refuse Fanone's request for a handshake when the pair met one another outside an elevator in the Capitol.

"I was very cordial. I extended my hand to shake his hand. He just stared at me. I asked if he was going to shake my hand, and he told me that he didn't who know I was. So I introduced myself. I said that I was Officer Michael Fanone. That I was a DC Metropolitan Police officer who fought on January 6 to defend the Capitol and, as a result, I suffered a traumatic brain injury as well as a heart attack after having been tased numerous times at the base of my skull, as well as being severely beaten," Fanone said. "At that point, the congressman turned away from me."

Fanone went on to say after the tense exchange, Clyde "ran as quickly as he could, like a coward," CNN reported. 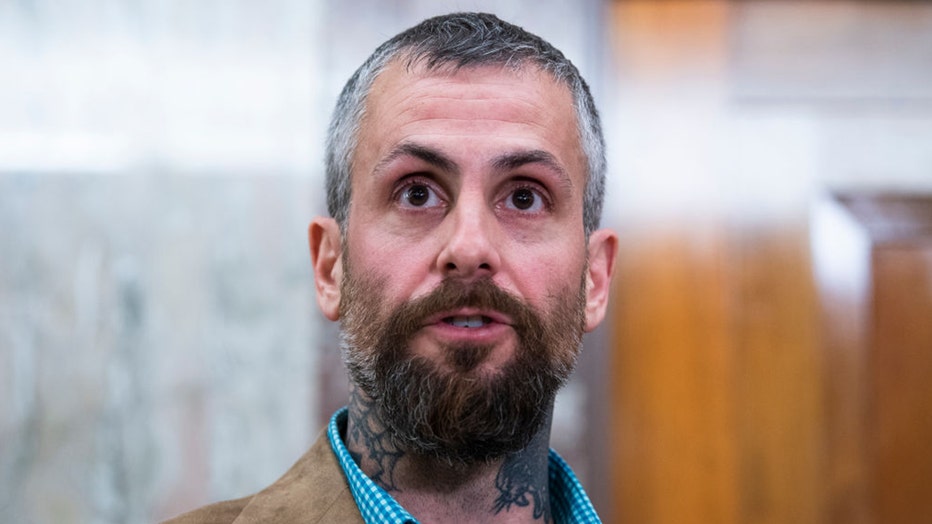 Fanone told CNN "that he took the interaction with Clyde ‘very personally’ and saw it as an insult to not only himself but also all law enforcement who had responded to the Capitol on January 6."

In the days following the Capitol riot, Fanone has been transparent about his experience, describing being dragged down the Capitol steps by rioters who shocked him with a stun gun and beat him.

"It was the craziest thing I’ve ever seen," Fanone said at the time, even recalling hearing people screaming to kill him with his own gun.

Fanone penned a letter in May to elected officials, urging them to "fully recognize" the actions of the officers involved in the Capitol insurrection.

"I observed approximately thirty police officers standing shoulder-to-shoulder maybe four or five abreast using the weight of their own bodies to hold back the onslaught of violent attackers," the letter read. "Many of these officers were injured, bleeding and fatigued but they continued to fight."

"The time to fully recognize these Officers’ actions is NOW!" the letter concluded.

A total of five people were killed from the riot, including U.S. Capitol Police Officer Brian Sicknick, who died at the hospital the next day from injuries sustained when he was struck in the head with a fire extinguisher while physically engaging with protesters, officials said

On Thursday, Clyde denied the allegations made against him by Fanone, saying he rode the elevator with the officer but not once was he offered a handshake, The Gainesville Times reported.

"It is my understanding that Officer Fanone stopped by our office yesterday and my staff offered to schedule a meeting with him," Clyde told The Gainesville Times. "Though I did not know who he was at the time, I briefly shared an elevator with Mr. Fanone on my way to votes, but I do not recall him offering to shake hands."

Clyde’s alleged shunning comes just days after he and 20 other representatives voted against awarding Congressional Gold Medals to Capitol officers for their actions in January.

Clyde has been known to downplay the Jan. 6 riot, even going so far as to say "insurrection" was not how he would describe the events that happened that day and even comparing "certain TV footage from the riots to a ‘normal tourist visit,’" The Gainesville Times reported.

The Georgia representative was also one of 14 representatives who voted against recognizing Juneteenth as an official federal holiday.

FOX News and FOX 5 DC contributed to this report.